At home in Grbavica Sports Hall in Sarajevo, Spars Realway have prevailed over Novi Pazar in the 20th round of the ABA League 2 season. 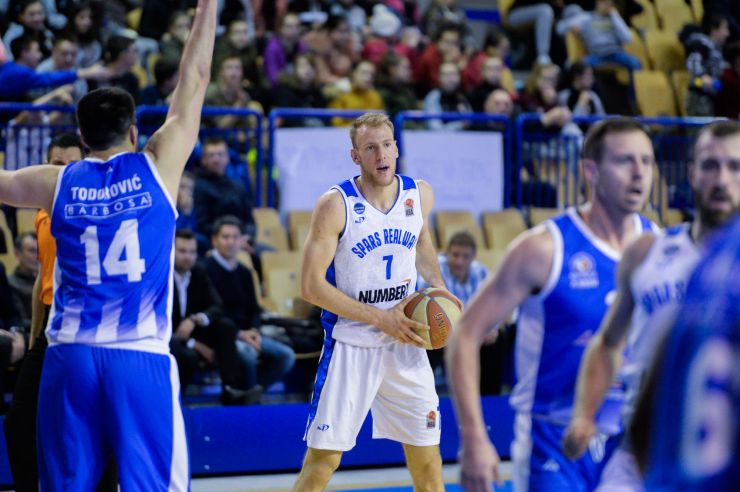 At home in Grbavica Sports Hall in Sarajevo, Spars have prevailed over Novi Pazar in the 20th round of the ABA League 2 season.

Spars Realway were up by no less than 12 points at halftime, but with phenomenal third quarter, Novi Pazar managed to turn the game completely upside-down and led by two points (60:62) with 10 minutes remaining on the game clock. In the final quarter they managed to even increase their lead and it seemed like everything was going their way… all until Spars did not tie the game at 74:74 with 3 minutes left on the game clock.

In the final three minutes Spars Realway were the ones to prevail and they celebrated a win with the final score of 84:78.

This is the 7th win of the season for Spars, which now ties them at the bottom of the ABA League 2 standings, together with – Novi Pazar.

Click here for more match stats
Match: Spars Ilidža - Novi PazarSpars IlidžaNovi Pazar
Join thousands of ABA League fans in our digital community by liking us on Facebook, following us on Twitter or Instagram and subscribing to our YouTube channel.
If you like this and our other articles, make sure to sign up for the ABA League newsletter. You will be notified regarding all important news and updates on the ABA League via e-mail.
Social Media
Tweets by ABA_League2