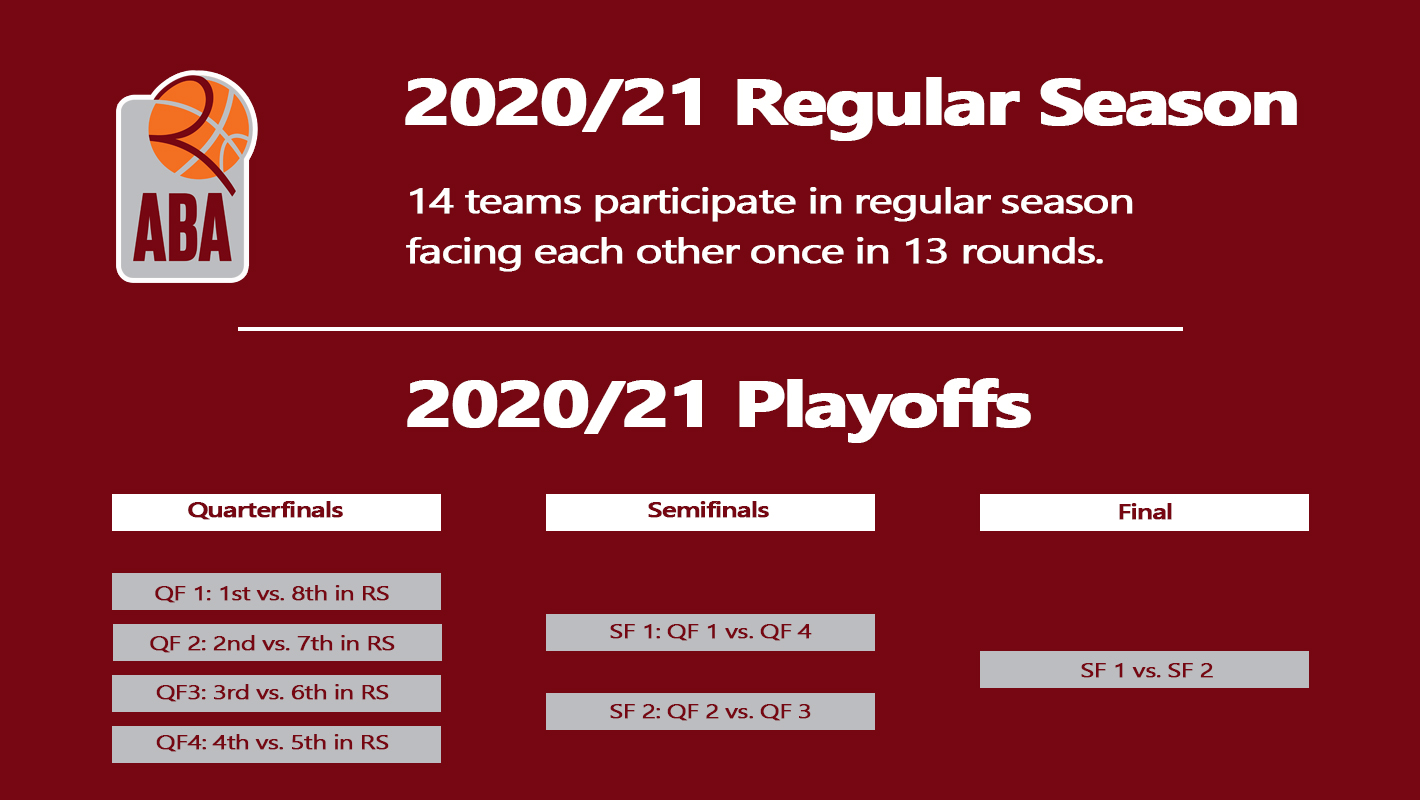 The Regular season will be split in four tournaments with one tournament featuring four rounds and three tournaments featuring three rounds. It will be played in a round-robin system and after 13 rounds there will be Playoffs with eight teams.

- The Regular Season will be played in a round-robin system with each team facing each other once in 13 rounds.

- Based on the results and position of the clubs in the standings after regular season, Playoffs with teams from 1st to 8th place will take place.