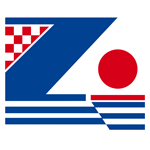 Beginnings People in Zadar are extremely proud on their basketball tradition and in accordance with the saying that »God created the human, while Zadar created basketball«, it might be true, that the very beginnings of basketball game in Croatia, if not the entire former Yugoslavia happened in this Dalmatian town, where everyone is poisoned with the love for basketball and knows everything about basketball.

Glory Days The most successful era was no doubt the ten years span between 1965 and 1975, when Zadar won as many as five Yugoslavian Championship trophies under the leadership of legends names Krešimir Čosić and Giuseppe Giergia as well as one Yugoslavian national cup trophy. One thing that their fans are extremely proud of from the modern history, is also the ABA League trophy from 2003, when Zadar was better than famous Israeli Maccabi Tel Aviv in the final of Final Four tournament in Hala Tivoli, Ljubljana.