In the opening game of the Sarajevo Regular Season Tournament, Vojvodina have rolled over Vrijednosnice Osijek. 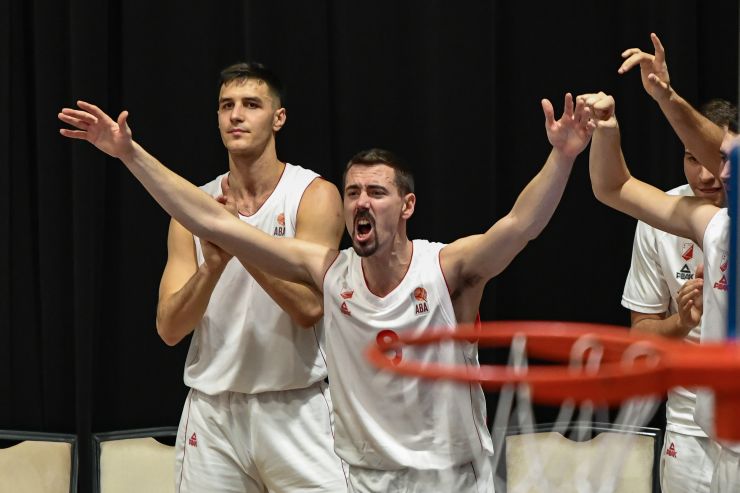 In the opening game of the Sarajevo Regular Season Tournament, Vojvodina have rolled over Vrijednosnice Osijek. It’s the third win for the Novi Sad ABA League 2 newcomers, which will put them in the Playoffs zone after 5 rounds, with a record of 3:2. On the other side, Vrijednosnice Osijek remain the only ABA League 2 squad still waiting to taste the sweetness of the victory, at the very bottom of the standings.

Vrijednosnice Osijek were the ones to open the game in a better fashion, as they have won the first quarter by 8 points (18:26). However, already by halftime, Vojvodina managed to turn things completely upside-down and were up by 4 points at the big break (43:39). In the third quarter, however, the red and white have demonstrated complete dominance on the court of the Hills Arena, winning the third quarter alone by no less than 21 points and thus entering the final stage of the game with 25 points of advantage. The rest was history.

In the end, Vojvodina celebrated the win with the final score of 92:61.

Click here for more match stats
Match: Vojvodina - Vrijednosnice Osijek
Join thousands of ABA League fans in our digital community by liking us on Facebook, following us on Twitter or Instagram and subscribing to our YouTube channel.
If you like this and our other articles, make sure to sign up for the ABA League newsletter. You will be notified regarding all important news and updates on the ABA League via e-mail.
Social Media
Tweets by ABA_League2