Sutjeska win the thriller against Široki

Sutjeska have made a major step toward the 2020 ABA League 2 Playoffs as they defeated Široki on the road. 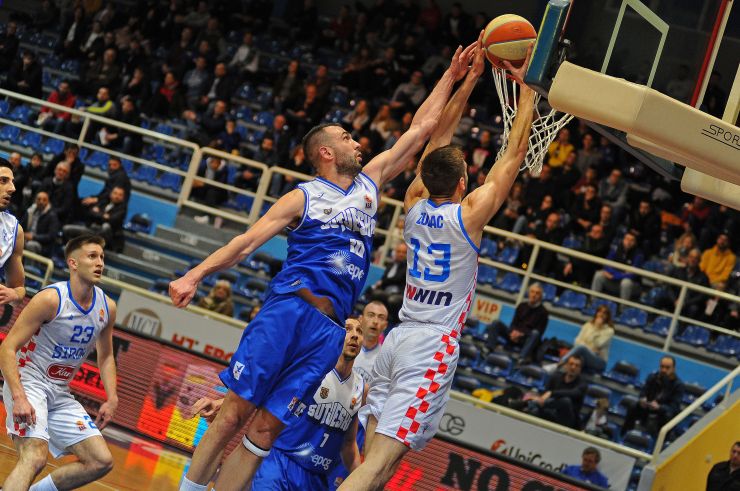 Sutjeska have made a major step toward the 2020 ABA League 2 Playoffs as they defeated Široki on the road. In a dramatic game played in Pecara Sports Hall, the visitors managed to defend their lead in the final minutes and to grab this huge away win.

Now Sutjeska and Široki are all tied on the 2019/20 regular season standings, but Sutjeska have a better head-to-head score, which might be crucial in the battle for the Playoffs.

Sutjeska point guard Draško Knežević was the man of the match. He scored 21 points, had 6 assists and 5 rebounds, while his overall index rating was 27. Still, Knežević almost ruined his entire performance tonight as he missed both free throws on 5 seconds before the end, when the score was 79:76 for Sutjeska. Luckily for him, the visitors have managed to stay in front until the end.