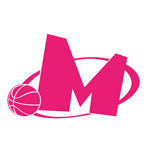 Beginnings Mega Basket, established on 23 December 1998 as Avala Ada, is not one of the clubs that are famous for its tradition or highly spread fanatic fan base, but – the club has established itself as one of the greatest talent producers in the World over the past several days. With excellent work with youngsters and provocative marketing activities, the club has therefore gained an exceptionally high reputation Worldwide. Over the past few years, the club has been constantly building the youngest rosters in entire Europe, when it comes to the highest level of professional basketball and that only confirmed the previously written words.

Glory Days Mega Basket has yet to prove its quality by winning the trophies at the senior level, but these days are slowly, but for sure coming. In the 2014/15 season, the club that yoined the regional competition for the first time in the 2013/14 season, reached the final of Serbian national cup competition and lost to Crvena zvezda Telekom after fierce battle. The next step followed soon, as they won the Cup in 2016.

Mega Bemax will be fighting for safe zone against Igokea

Categories:
In the Sunday’s matine, Mega Bemax will be hosting Igokea at home in Ranko Žeravica Sports Hall in Belgrade in a game that can give a lot to the hosts.

Categories:
In the opening game of the ABA League Round 19, Mega Bemax have celebrated an extremely important win on the road in Zagreb over Cibona.

The ABA League Round 19 opens in Zagreb

Categories:
In the opening game of the ABA League Round 19, Cibona will be hosting Mega Bemax in Dražen Petrović Arena, Zagreb.

Who will get back to the winning track in Podgorica?

Categories:
In the last game of the Saturday’s ABA League schedule, Budućnost VOLI will be hosting Mega Bemax at home in Morača Sports Hall.

Experience against youth in Tivoli