In the opening game of the ABA League Round 19, Mega Bemax have celebrated an extremely important win on the road in Zagreb over Cibona. 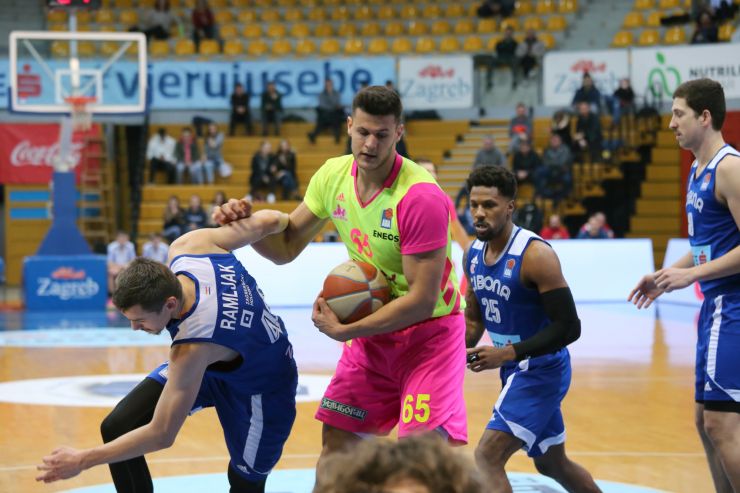 Game recap: Mega Bemax have beaten Cibona in the opener of the 19th round of the ABA League season and they have therefore escaped the very bottom of the ABA League standings, at least for a day, depending on the Saturday’s score of Zadar in the game against Cedevita Olimpija. Mega Bemax now hold 5 victories in their hands, one more than last-placed Zadar and one less than Cibona, Krka and Igokea, which are above them in the standings. The Belgrade squad’s battle to avoid the relegation zone therefore stays alive.

Key moments: After a late run in the first half by Cibona, the Wolves have cut their deficit by halftime to 8 points (36:44) and woke up their hopes of the comeback. However, as the second half started, things went downhill for the hosts, as Mega Bemax have limited them to only 3 points in the opening 6 minutes of the second part of the game and pulled away to a 26-point lead (39:65). The battle for a pair of points was over at this point.

Man of the match: Nikola Mišković’s star has shined the brightest for Mega Bemax, as he had 17 points, 8 rebounds, 3 assists and a valuation of 21 on his record. He is our man of the match.

Click here for more match stats
Match: Cibona - Mega MISCibonaMega MIS
Join thousands of ABA League fans in our digital community by liking us on Facebook, following us on Twitter or Instagram and subscribing to our YouTube channel.
If you like this and our other articles, make sure to sign up for the ABA League newsletter. You will be notified regarding all important news and updates on the ABA League via e-mail.
Social Media
Tweets by ABA_League2