In the Sunday’s matine, Mega Bemax will be hosting Igokea at home in Ranko Žeravica Sports Hall in Belgrade in a game that can give a lot to the hosts. 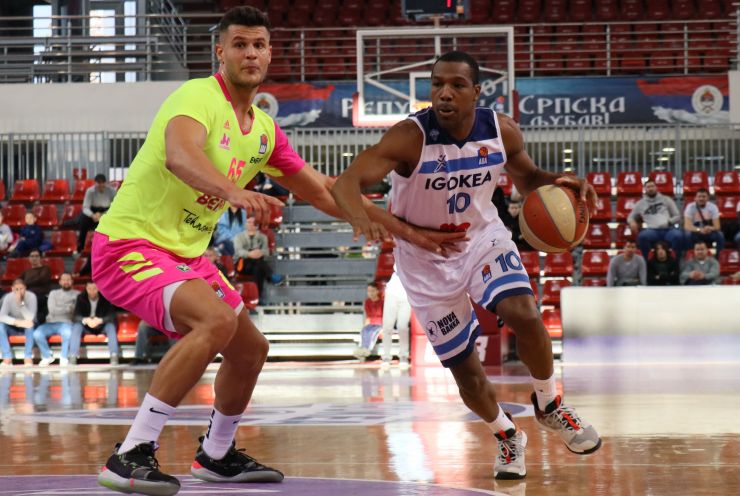 Story of the game: In the opening game of the Sunday’s ABA League program, Mega Bemax will be hosting Igokea at home in Ranko Žeravica Sports Hall. It will be one of the most important games of the season for sure for Mega Bemax, as they need to win in order to get away from the danger zone near the bottom of the standings and thus avoid relegation to the ABA League 2.

On the other side, Igokea seem to have already accomplished their main goal of securing another season in the ABA League, however, they do not want to let anything surprise them and will therefore give their best in order to properly challenge Mega on the road in Belgrade.

What goes in Mega Bemax’s favour is the home court advantage, as in the clashes of the two sides, Mega Bemax have prevailed over Igokea in 5 out of 6 home court encounters. And one thing is certain – one team’s winning run will end in Belgrade, as both of them have been victorious last round, with Mega Bemax winning 2 out of their last 5 games and Igokea 3 of their last five games.

Who will be more successful this time around?

Match-up in focus: Kendrick Perry against Michael Green! Two excellent guards will be fighting one against another at the court of the Ranko Žeravica Sports Hall in Belgrade. Currently, both of them are the top scorers of their respective teams, with Perry scoring 18.1 points per game on average for Mega Bemax and Michael Green having an average of 12.9 points per game for Igokea. When it comes down to passing, both of them are also the top passers of their squads. Perry is dishing out 5.9 assists per game for Mega Bemax and Green 6.9 per game for Igokea.

Match: Mega MIS - Igokea m:telIgokea m:telMega MIS
Join thousands of ABA League fans in our digital community by liking us on Facebook, following us on Twitter or Instagram and subscribing to our YouTube channel.
If you like this and our other articles, make sure to sign up for the ABA League newsletter. You will be notified regarding all important news and updates on the ABA League via e-mail.
Social Media
Tweets by ABA_League2