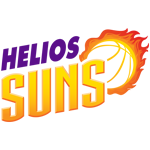 Categories:
In the tenth round of the ABA League 2 season, Split have beaten Helios Suns at home in Gripe and scored their second consecutive win, which keeps them in the race for a Playoffs spot.
Show more related news
>
@ABA_League2
ABALiga.jtd2
ABALigajtd
aba.liga2
druga.aba-liga.com