Vojvodina have scored their 2nd win of the season as they defeated Pelister-Bitola in Round 4 of the 2021/22 ABA League 2 championship. 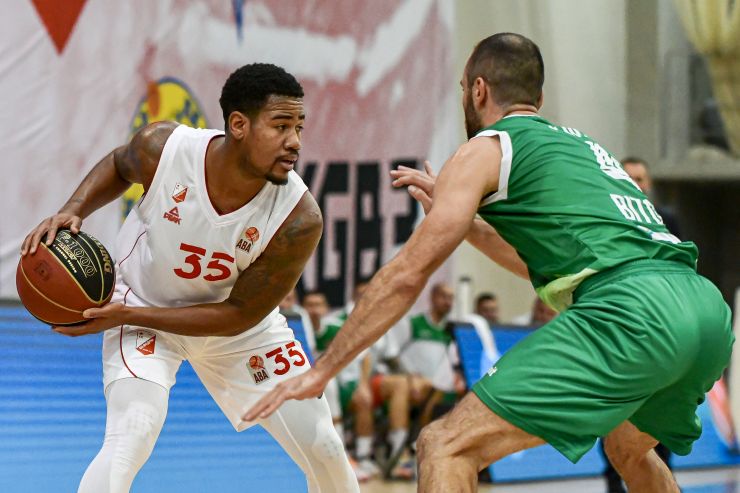 Vojvodina have scored their 2nd win of the season as they defeated Pelister-Bitola in Round 4 of the 2021/22 ABA League 2 championship.

Vojvodina gained the crucial lead in this match during the 3rd quarter as the red-and-whites won that period by 23:9. In the rest of the match, Pelister-Bitola team gave their best to make a major comeback, however they only managed to reduce the gap to 5 points – 58:63 – in the middle of the 4th quarter. After that, Vojvodina shooting guard Krsto Bjelica made 5 consecutive points to put Vojvodina back on a double digit lead – 68:58 – and to definitely seal the win for his team.

Nickolas Neal was the top scorer in Vojvodina with 14 points, while he also made 7 assists today. On the other side, David Haughton made a double-double performance for Pelister-Bitola as he finished the match with 12 points and 10 rebounds.

Click here for more match stats
Match: Pelister-Bitola - Vojvodina
Join thousands of ABA League fans in our digital community by liking us on Facebook, following us on Twitter or Instagram and subscribing to our YouTube channel.
If you like this and our other articles, make sure to sign up for the ABA League newsletter. You will be notified regarding all important news and updates on the ABA League via e-mail.
Social Media
Tweets by ABA_League2