In the second game of the Quarter-final series of the ABA League 2 season, Spars have prevailed over Zlatibor and qualified for the Semi-finals. 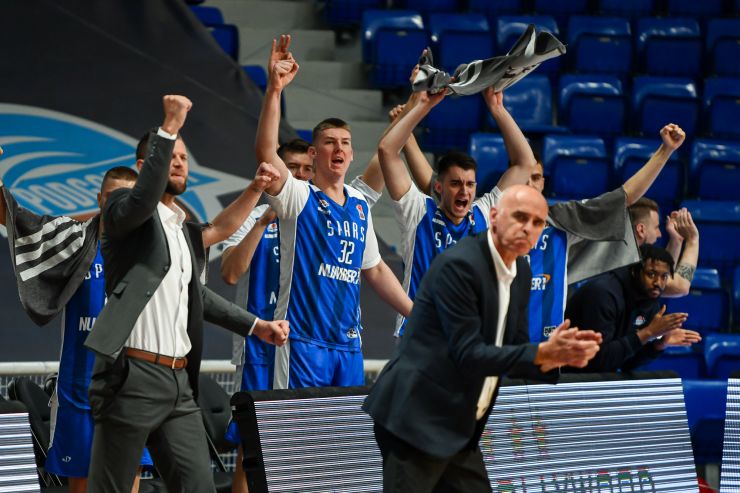 In the second game of the Quarter-final series of the ABA League 2 season, Spars have prevailed over Zlatibor and qualified for the Semi-finals.

This way, Spars have turned around the series, after having lost the first game by three points (79:82) and scored a better aggregate result in two games than their opponents, qualifying for the Top Four at the same time.

But the task has been far from easy for the Sarajevo squad, as Zlatibor were the ones to dominate the first half, leading by 7 points (21:14) after the opening quarter and by 3 at the big break. However, in the second half of the game, Miodrag Kadija’s squad have turned the flow of the game completely upside down, and celebrated the win with the final score of 74:82 and the aggregate score of 156:161 in the series.

Click here for more match stats
Match: Zlatibor - Spars
Join thousands of ABA League fans in our digital community by liking us on Facebook, following us on Twitter or Instagram and subscribing to our YouTube channel.
If you like this and our other articles, make sure to sign up for the ABA League newsletter. You will be notified regarding all important news and updates on the ABA League via e-mail.
Social Media
Tweets by ABA_League2