In the third round of the ABA League 2, Sloboda of Užice have became the first team to down Spars Realway in this ABA League 2 season. 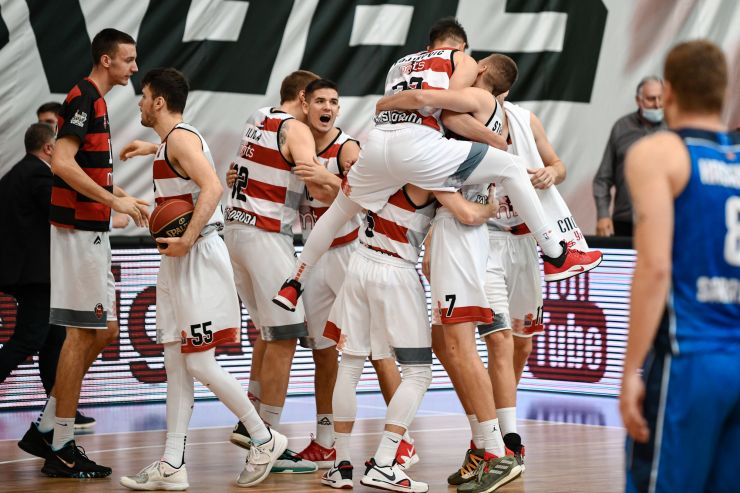 In the third round of the ABA League 2, Sloboda of Užice have became the first team to down Spars Realway in this ABA League 2 season.

We could claim that the win by the Užice squad has been fully deserved, as they were the ones to be in front for the majority of the playing time. Still, it has been far from one-sided, as Spars have took the game into a dramatic ending, where the teams have entered the last minute of the playing time separated by only a point in favour of Sloboda (87:86). However, since then Slooda have managed to punish their opponents from the free-throw line in every offensive possession, while Spars Realway have scored twice, but missed one three-point shot which, eventually might just have cost them a victory.

In the end, the score was 92:90 in favour of Sloboda, which have now scored their second win of the season and are on an equal record with Spars Realway now, just below the very top of the standings.

Click here for more match stats
Match: Sloboda Užice - Spars Ilidža
Join thousands of ABA League fans in our digital community by liking us on Facebook, following us on Twitter or Instagram and subscribing to our YouTube channel.
If you like this and our other articles, make sure to sign up for the ABA League newsletter. You will be notified regarding all important news and updates on the ABA League via e-mail.
Social Media
Tweets by ABA_League2