In the 16th round of the ABA League season, the Belgrade clash is coming up, as FMP will be hosting Partizan NIS at home in FMP Arena. 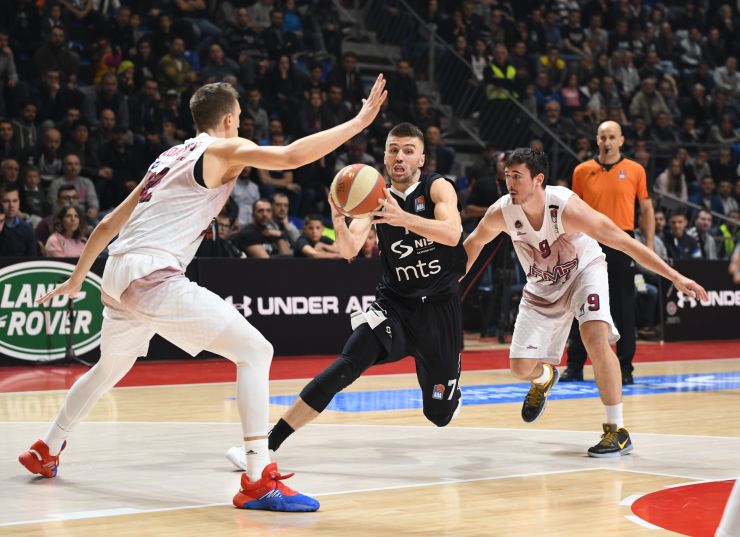 Story of the game: All eyes of the Belgrade basketball fans will be turned on to the FMP Arena on Saturday, as the home FMP squad will be hosting Partizan NIS in the city clash of the two squads that are aiming for a spot in the ABA League Playoffs.

Currently, Partizan NIS are standing alone at the top of the standings, with 12 victories on their record after 15 games played. FMP, on the other side, have won 9 games so far this season and are sharing the fourth place in the standings with Crvena zvezda mts. It’s evident that both of them desperately need to win in order to stay on the right track in a pursuit for their goals – Partizan NIS in order to protect their first place and FMP in order to keep fighting for their Playoffs ticket.

It seems like Partizan NIS have been in a slightly better shape recently and that this could be their advantage, as they are on a 7 games long winning streak. On the other side, FMP have been defeated last round by Igokea and have won 3 out of their last five games.

What will the outcome of the clash be this time?

FMP MeridianMatch: FMP Meridian - Partizan NISPartizan NIS
Join thousands of ABA League fans in our digital community by liking us on Facebook, following us on Twitter or Instagram and subscribing to our YouTube channel.
If you like this and our other articles, make sure to sign up for the ABA League newsletter. You will be notified regarding all important news and updates on the ABA League via e-mail.
Social Media
Tweets by ABA_League2