In a thrilling ending of the game in Koper between Koper Primorska and Budućnost VOLI, the guests have got away with a victory. 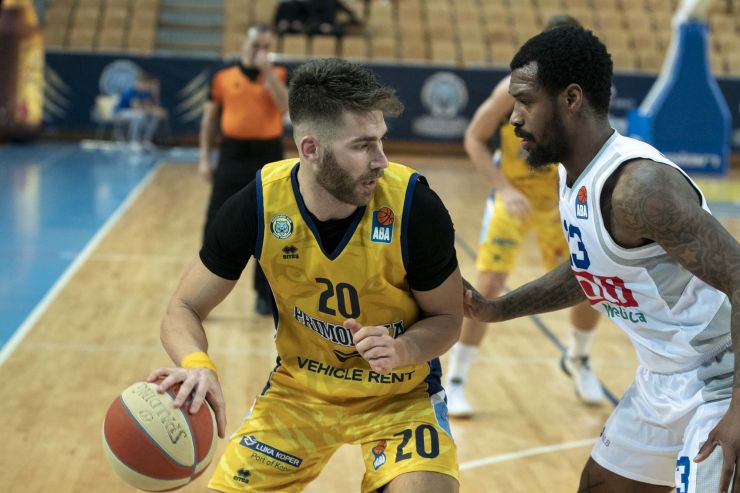 Game recap: Budućnost VOLI have got their sweet revenge over Koper Primorska for the defeat in the third round of the ABA League season, as they have beaten the Tigers on the road in Bonifika Arena in a thrilling ending. This win keeps Budućnost VOLI in the battle for the top of the standings after the regular season, while Koper Primorska continue their battle for a spot in the Playoffs zone with eight victories on their record after 14 rounds.

Key moments: It has remained anybody’s game until the very end, but Budućnost VOLI were simply more focused in the free-throw ending. As Sean Kilpatrick scored 2 free-throws with 25 seconds left in the game, to put his team up by 2 points (77:75), the game started to lead into Budućnost VOLI’s way. Aleksandar Lazić had a chance to tie the game on the other end with 4 seconds left, but he missed. On the other side, Justin Cobbs then scored one out of two free throws and Koper Primorska had the last possession. Alen Hodžić fired from the 3-point range, but missed and the guests have celebrated a win in the end, with the score of 78:75.

Man of the match: Justin Cobbs did not only contribute crucial free throws for the victory of his squad, but he also led his team to the win with 15 points, 4 assists, 2 steals, 1 rebound and a valuation of 16 on his record. He is our man of the match.

Can’t trick the stats: Koper Primorska were shooting free-throews only 53% (10/19) and that’s what cost them a victory in the end.

Click here for more match stats
Budućnost VOLIKoper Primorska
Join thousands of ABA League fans in our digital community by liking us on Facebook, following us on Twitter or Instagram and subscribing to our YouTube channel.
If you like this and our other articles, make sure to sign up for the ABA League newsletter. You will be notified regarding all important news and updates on the ABA League via e-mail.
Social Media
Tweets by ABA_League2