In the opening game of the 14th round of the ABA League 2 season, Spars have prevailed over Borac at home in Grbavica Sports Hall in Sarajevo. 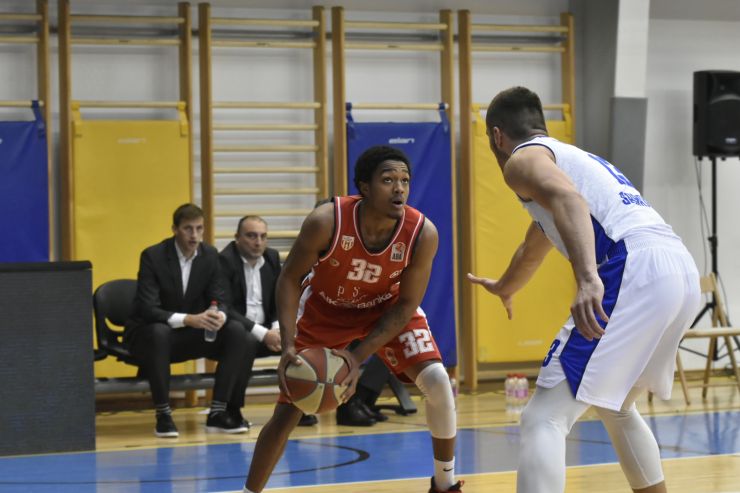 In the opening game of the 14th round of the ABA League 2 season, Spars have prevailed over Borac at home in Grbavica Sports Hall in Sarajevo.

Not many have expected this kind of an outcome, but this is simply why we love basketball! In the last game of the year 2019 in the ABA League 2, the last-placed team in the standings, Spars, have beaten the leading side in the standings, Borac.

This is the second win of the season for Spars, which will remain at the last place in the standings after 14 rounds, but now their mission of avoiding the danger zone at the bottom, does not seem impossible anymore. On the other side, Borac will continue the season with 12 triumphs, alone atop of the stnadings.

It has been a one-sided contest since its very beginning, as Spars went up by 14 points already in the opening quarter (29:15). By halftime, they have increased their lead to 19 and it seemed like Borac could not return into the battle for the win until the very end of the game. And so it has been. The final score was 89:76 in favour of Spars.

Click here for more match stats
Match: Spars Ilidža - Borac MozzartBorac MozzartSpars Ilidža
Join thousands of ABA League fans in our digital community by liking us on Facebook, following us on Twitter or Instagram and subscribing to our YouTube channel.
If you like this and our other articles, make sure to sign up for the ABA League newsletter. You will be notified regarding all important news and updates on the ABA League via e-mail.
Social Media
Tweets by ABA_League2