Lovćen 1947 Bemax have used their home court advantage in order to beat MZT Skopje Aerodrom and achieve their fifth win of the season. 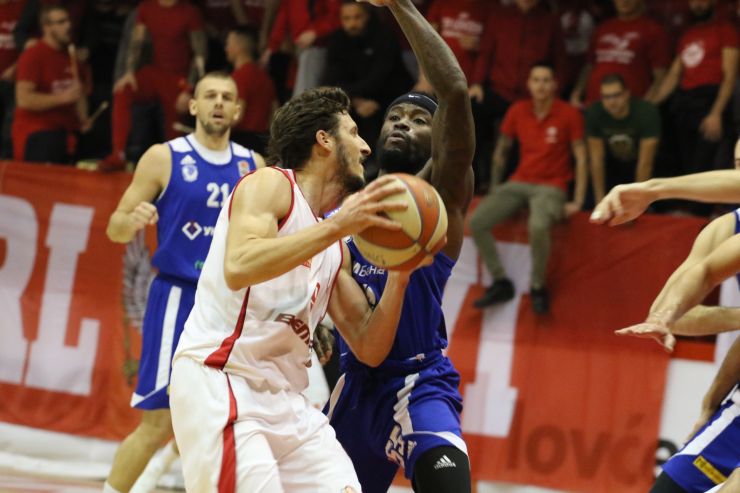 Lovćen 1947 Bemax have pulled away early in the game, as after 13 minutes of the game, they were up by a double-digit number of points (33:22). However, MZT Skopje Aerodrom bounced back in the second half and were up by 2 ahead of the final quarter (54:52).

In the final part of the game, it seemed like MZT Skopje would manage to protect their lead and celebrate a new triumph, but Lovćen 1947 Bemax have come up with a late comeback to turn the game completely around.

That’s the fourth win of the season for Lovćen 1947 Bemax, which puts them in the middle of the standings midway through the ABA League 2 season. On the other hand, MZT will continue the season with eighth wins, in the second place in the standings.

Click here for more match stats
Lovćen 1947Match: Lovćen 1947 - MZT Skopje AerodromMZT Skopje Aerodrom
Join thousands of ABA League fans in our digital community by liking us on Facebook, following us on Twitter or Instagram and subscribing to our YouTube channel.
If you like this and our other articles, make sure to sign up for the ABA League newsletter. You will be notified regarding all important news and updates on the ABA League via e-mail.
Social Media
Tweets by ABA_League2