On the road in Tivoli Sports Hall, Cedevita have outgunned Petrol Olimpija thanks to amazing shooting performance. 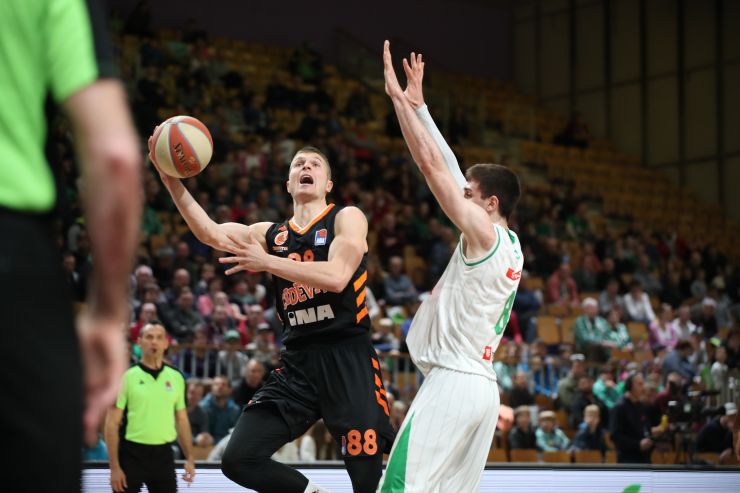 Game recap: In legendary Ljubljana’s Tivoli Sports Hall, Cedevita have edged out Petrol Olimpija in the important clash for both sides. This is the 15th win for Cedevita, which already guarantees them at least third place in the ABA League standings at the end of the regular season and a good chances to finish second. On the other side, Petrol Olimpija continue the season with 6 victories and they will need to win in the last round on the road in Krka in order to avoid the relegation from the ABA League first division.

Key moments: Amazing first half shooting performance was crucial for Cedevita’s advantage. They have been increasing their advantage step by step through the first quarter, shooting three-pointers unstoppably (7/9 or 78%) and went to the big break with a double-digit lead (51:40). That was a point from which there was no chance of return for Petrol Olimpija.

Can’t trick the stats: As mentioned earlier, Cedevita were shooting 3-pointers with a fantastic percengage of 71% (12/17). That’s what turned the game their way.

Match: Petrol Olimpija - CedevitaCedevitaPetrol Olimpija
Join thousands of ABA League fans in our digital community by liking us on Facebook, following us on Twitter or Instagram and subscribing to our YouTube channel.
If you like this and our other articles, make sure to sign up for the ABA League newsletter. You will be notified regarding all important news and updates on the ABA League via e-mail.
Social Media
Tweets by ABA_League2