At home in Čačak, Borac have grabbed an extremely important win in their battle to reach the Playoffs against Split at home in Čačak. 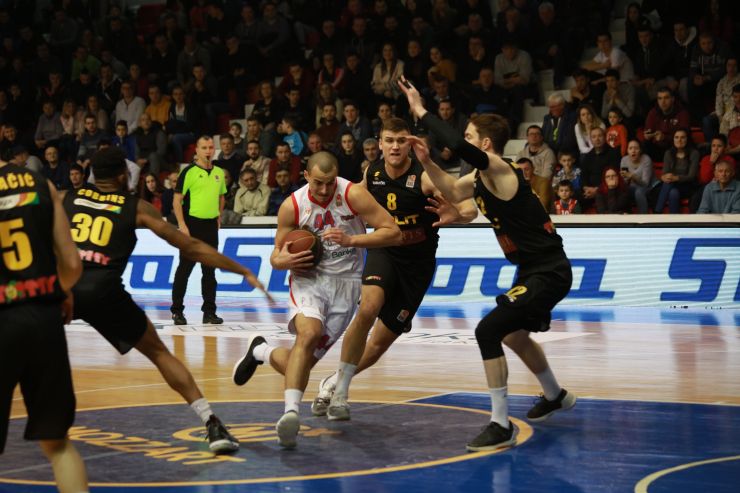 At home in Čačak, Borac have grabbed an extremely important win in their battle to reach the Playoffs against Split at home in Čačak.

It has really been anybody’s game throughout the 40 minutes of the clash, but the hosts have stepped up late in the fourth quarter to pull away by 6 points (73:67), as the two squads have entered the final minute. As it turned out, Split tried their best, but just did not manage to turn the game completely around in the final 60 seconds and the pair of points stayed at home.

This win puts Borac on the sixth place in the standings, with nine victories after 18 rounds and they now hold only one triumph less than the fourth-placed team of Dynamic VIP PAY. On the other side, the chances of Split of reaching the Playoffs now do not look as well, as they stick to their eight wins and are two wins down from the Playoffs zone.

Match: Borac - SplitBoracSplit
Join thousands of ABA League fans in our digital community by liking us on Facebook, following us on Twitter or Instagram and subscribing to our YouTube channel.
If you like this and our other articles, make sure to sign up for the ABA League newsletter. You will be notified regarding all important news and updates on the ABA League via e-mail.
Social Media
Tweets by ABA_League2