In the tenth round of the ABA League 2 season, Sixt Primorska have beaten Dynamic VIP PAY and have protected their unbeaten record. 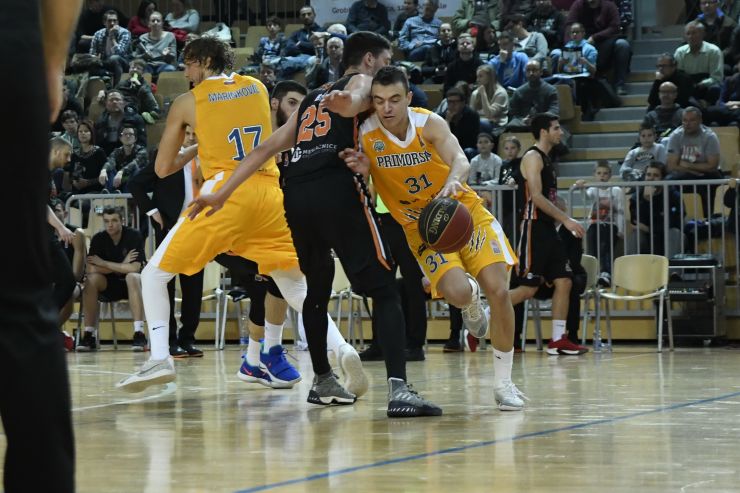 In the tenth round of the ABA League 2 season, Sixt Primorska have beaten Dynamic VIP PAY and have protected their unbeaten record. This will keep them at the top of the ABA League 2 standings after 10 games played, with 3 wins more on their record than the next following side. On the other side, Dynamic VIP PAY are still having a tough time in their battle to reach the Playoffs zone.

The guests of Belgrade have begun the game better than the hosts and have been in front for the majority of the first half. However, by the end of the opening 20 minutes, the Tigers have managed to cut the gap to only a point (39:38).

After the big break the hosts put their game on a whole different level and won the third quarter 29:15, which gave them a comfortable lead before the beginning of the last quarter. In the end, they have celebrated a win with the score of 82:67.

Dynamic VIP PAYKoper Primorska
Join thousands of ABA League fans in our digital community by liking us on Facebook, following us on Twitter or Instagram and subscribing to our YouTube channel.
If you like this and our other articles, make sure to sign up for the ABA League newsletter. You will be notified regarding all important news and updates on the ABA League via e-mail.
Social Media
Tweets by ABA_League2