Helios Suns get their 8th straight win this season after they bested Sutjeska in Borik sports hall, Banja Luka. 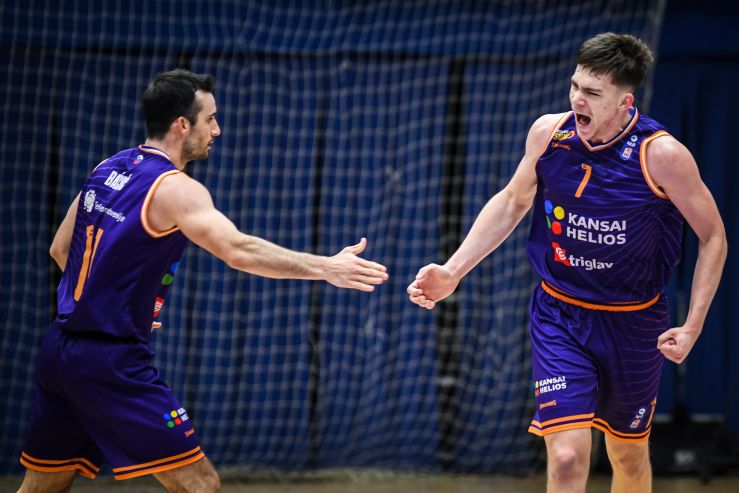 Helios Suns get their 8th straight win this season after they bested Sutjeska in Borik sports hall, Banja Luka.

It was a tight game throughout all 40 minutes, Sutjeska controlled the result in the first half, even holding a 12-point lead, but Helios Suns rush back to tie the game at 38:38 by halftime. In the second half, Helios Suns were the team that had the slight advantage, but Sutjeska managed to stay within a few points but Dejan Jakara's squad made a 9:2 run to close the game and get the win.

Mašan Vrbica led the way for Sutjeska, scoring 21 points to go along with 7 rebounds. Tibor Mirtič was the go-to man for Helios Suns, he finished the game with 23 points, 7 rebounds, and a 32 valuation rating. Lovro Buljević got a double-double with 14 points and 11 rebounds while Blaž Mahkovic scored 17 points, pulled down 6 rebounds, and dished out 5 assists.

Click here for more match stats
Match: Sutjeska - Helios Suns
Join thousands of ABA League fans in our digital community by liking us on Facebook, following us on Twitter or Instagram and subscribing to our YouTube channel.
If you like this and our other articles, make sure to sign up for the ABA League newsletter. You will be notified regarding all important news and updates on the ABA League via e-mail.
Social Media
Tweets by ABA_League2