What a game! Široki have defeated Podgorica in one of the most thrilling game endings we have seen in this season. 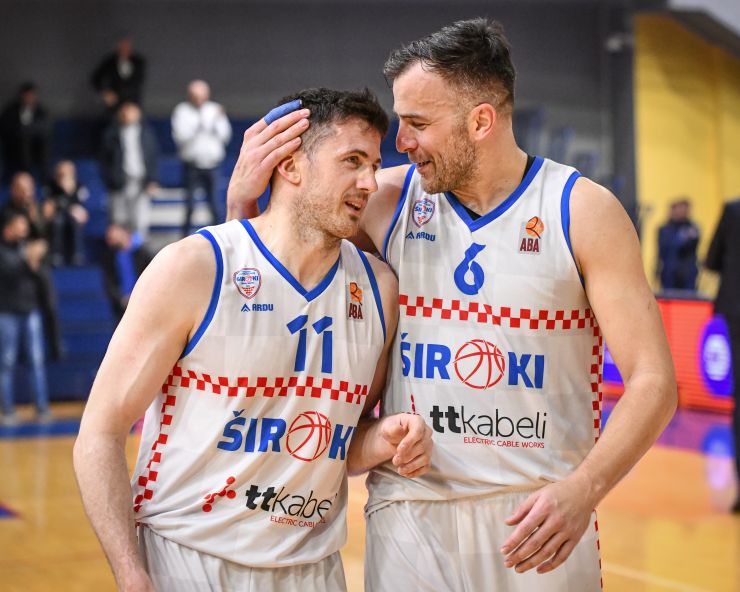 What a game! Široki have defeated Podgorica in one of the most thrilling game endings we have seen in this season. The hero of the night was Josip Bilinovac who scored the game-winning 3-pointer with less than 10 seconds remaining on the game clock.

The hosts of the last regular season tournament were simply brilliant offensively in the 1st half. Široki scored 54 points in the opening 20 minutes and gained a 17-point lead – 54:37. However, that is when things started heating up.

Podgorica were a completely different team after the big break and they started melting the gap as soon as the 3rd quarter started. And, by the middle of the 4th quarter, Podgorica have come just 1 point behind Široki – 82:81.

In a truly spectacular ending, Podgorica have even managed to take over the lead! Marko Kovačević drained a 3-pointer with just 20 seconds remaining in the game to put Podgorica in front – 91:89.

But, Josip Bilinovac was there to save his beloved club. In the following play, the ball ended up in the hands of Bilinovac who pulled up for a tough 3-pointer… And the ball bounced off the glass and went into the basket – 92:91!

With less than 10 seconds remaining, Podgorica point guard Nikola Korać had one last chance to win the match for his team, but his corner jumper was not good and Široki triumphed by 92:91.

Click here for more match stats
Match: Široki - Podgorica
Join thousands of ABA League fans in our digital community by liking us on Facebook, following us on Twitter or Instagram and subscribing to our YouTube channel.
If you like this and our other articles, make sure to sign up for the ABA League newsletter. You will be notified regarding all important news and updates on the ABA League via e-mail.
Social Media
Tweets by ABA_League2