What a game! Vojvodina returned from a 21-point deficit and scored a huge win against Lovćen 1947. 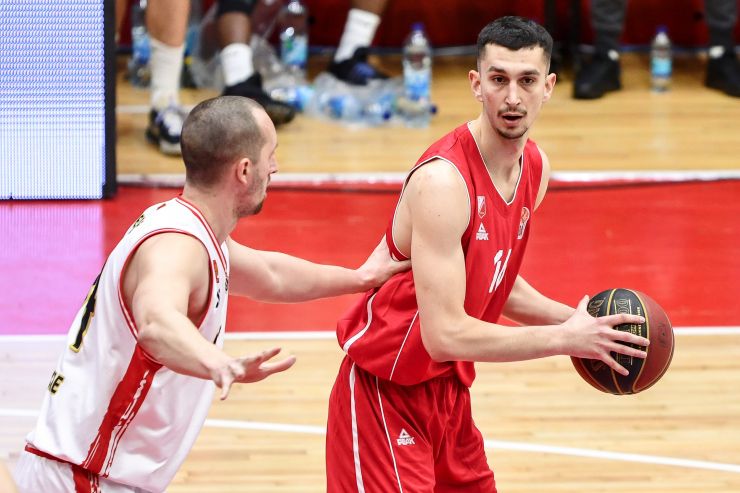 What a game! Vojvodina returned from a 21-point deficit and scored a huge win against Lovćen 1947.

The hero of the day was Vojvodina’s 20-year-old player Uroš Banjac who scored 5 points in the last minute to win the game for the Novi Sad troops.

Banjac firstly scored a 3-pointer to tie the score at 81:81, with just 40 seconds remaining on the game clock. And, after Lovćen 1947 failed to score on the other side of the court, Banjac pulled up for another 3-pointer in the very last second of the game and he got fouled! Vojvodina’s youngster scored 2 out of 3 free throws to make the final score – 83:81 for his team.

We also have to mention one more player that really stood out today. Lovćen 1947 guard Isaiah Washington recorded a monster triple-double with 33 points, 10 rebounds and 10 assists. He scored 16 points only in the 4th quarter, but not even that was enough for Lovćen 1947 to hold on to their lead. Washington had an index rating of 49.

Click here for more match stats
Match: Lovćen 1947 - Vojvodina
Join thousands of ABA League fans in our digital community by liking us on Facebook, following us on Twitter or Instagram and subscribing to our YouTube channel.
If you like this and our other articles, make sure to sign up for the ABA League newsletter. You will be notified regarding all important news and updates on the ABA League via e-mail.
Social Media
Tweets by ABA_League2