In the last game of the Zlatibor Regular Season Tournament, Pelister-Bitola have prevailed over Sutjeska and achieved their first ever ABA League 2 win in the club’s history. 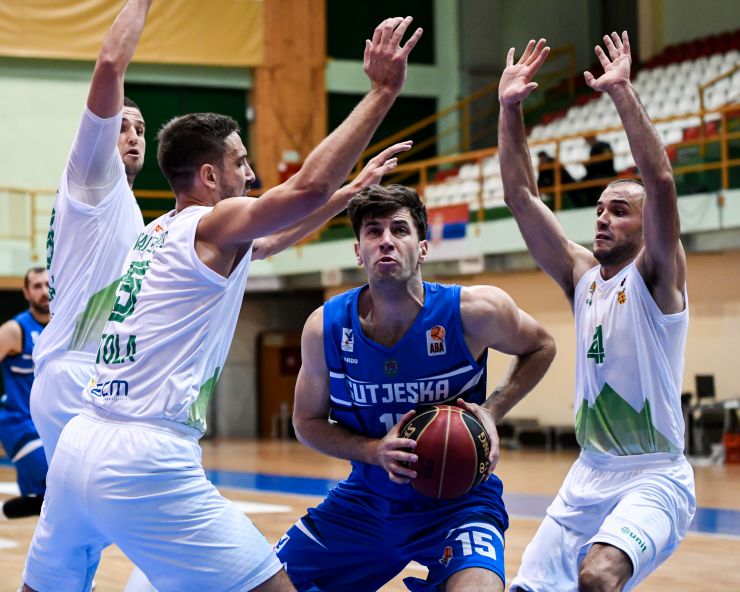 In the last game of the Zlatibor Regular Season Tournament, Pelister-Bitola have prevailed over Sutjeska.

This is the first ever ABA League 2 win in the history of the league newcomers Pelister-Bitola, following their first round defeat against Lovćen 1947. They are therefore on a 1-1 record after the first regular season tournament, just like Sutjeska on the other side, that have prevailed over Rogaška in Round one.

It has really been a close game all until the middle of the third quarter. Pelister-Bitola departed to the big break with a 4-point advantage thanks to the first half buzzer-beater by Marjan Mladenović, but managed to increase their lead to double digits midway through the third (68:54 in 26th minute). That was a point from which there was no chance for a return for Sutjeska.

The final score of the game was 93:73 in favour of Pelister-Bitola.

Click here for more match stats
Match: Pelister-Bitola - Sutjeska
Join thousands of ABA League fans in our digital community by liking us on Facebook, following us on Twitter or Instagram and subscribing to our YouTube channel.
If you like this and our other articles, make sure to sign up for the ABA League newsletter. You will be notified regarding all important news and updates on the ABA League via e-mail.
Social Media
Tweets by ABA_League2