In the opening game of the ABA League 2 Round 2, Borac Banja Luka have prevailed over Podgorica in Zlatibor. 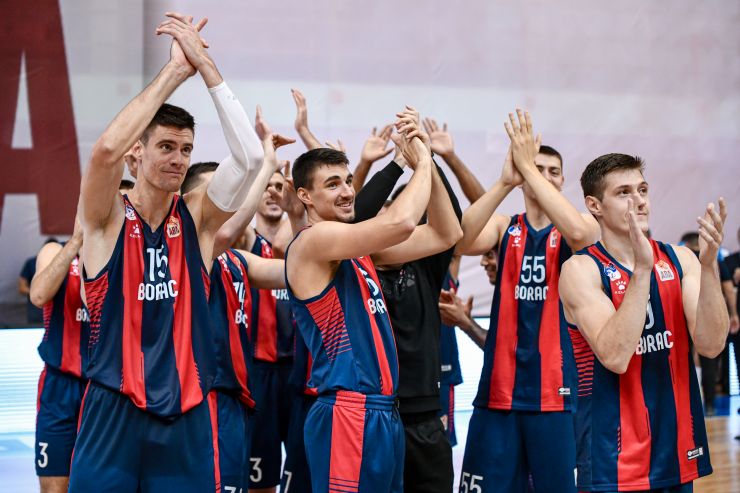 In the opening game of the ABA League 2 Round 2, Borac Banja Luka have prevailed over Podgorica in Zlatibor.

It has been a game, where there has really been no dilemma regarding the final outcome of the clash since the very beginning, as Borac have come up with yet another convincing performance, to grab their second win in only two rounds. They have been up by 9 points after the opening quarter and by 14 at the big break.

In the second part of the game, the Banja Luka squad have continued to cruise towards their win and celebrated in the end with the final score of 70:55.

Borac will be placed on the top of the ABA League 2 standings at the end of the first regular season tournament in Zlatibor, with a perfect record of 2/2. On the other side, Podgorica will continue the season with one win and one defeat on their record.

Click here for more match stats
Join thousands of ABA League fans in our digital community by liking us on Facebook, following us on Twitter or Instagram and subscribing to our YouTube channel.
If you like this and our other articles, make sure to sign up for the ABA League newsletter. You will be notified regarding all important news and updates on the ABA League via e-mail.
Social Media
Tweets by ABA_League2