In the opening game of the ABA League 2 Round 13, Spars have prevailed over Široki and claimed second place in the regular season. 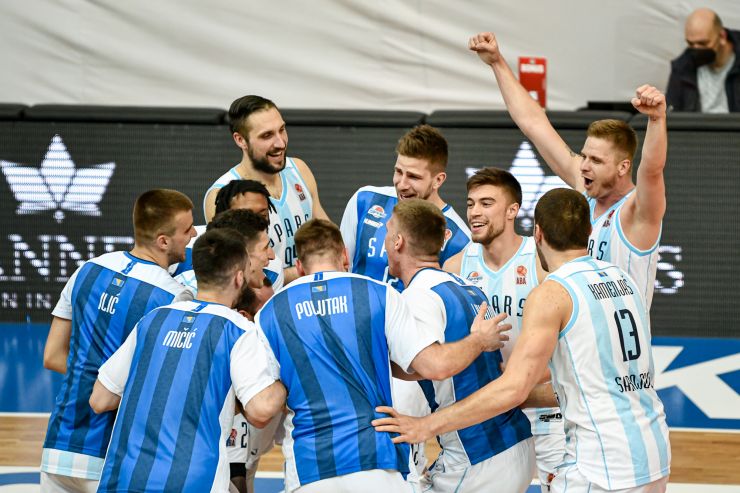 In the opening game of the ABA League 2 Round 13, Spars have prevailed over Široki and claimed second place in the regular season. This is the 10th win of the season for Spars and it is clear now that only Studentski centar will finish the Regular Season with more triumphs on their record than the Sarajevo team.

Borac Banja Luka still have a chance to score 10 wins this season, but they have been defeated by Spars in their mutual encounter, which leaves them without a chance for second place in the regular season.

On the other side, Široki will end the 2020/21 ABA League 2 season with 5:8 record and they will not enter the Playoffs, as they will be at least one win short of reaching the Top 8 in the end.

It has been anybody’s game until halftime, when Široki were up by 3 points. In the third quarter, pulled away with a 12:2 run, which has converted their 61:60 lead with 2 minutes left in the third quarter into a 73:62 lead in the 31st minute. It turned out that this was crucial for the outcome of the game and Spars have prevailed in the end with the final score of 93:80.

With this win of Spars it is already clear that Sloboda of Užice will be the last team to enter the 2020/21 ABA League 2 Playoffs.

Click here for more match stats
Match: Spars - Široki
Join thousands of ABA League fans in our digital community by liking us on Facebook, following us on Twitter or Instagram and subscribing to our YouTube channel.
If you like this and our other articles, make sure to sign up for the ABA League newsletter. You will be notified regarding all important news and updates on the ABA League via e-mail.
Social Media
Tweets by ABA_League2