Sloboda Užice have scored their 6th win of the season as they defeated Helios Suns in Round 10. 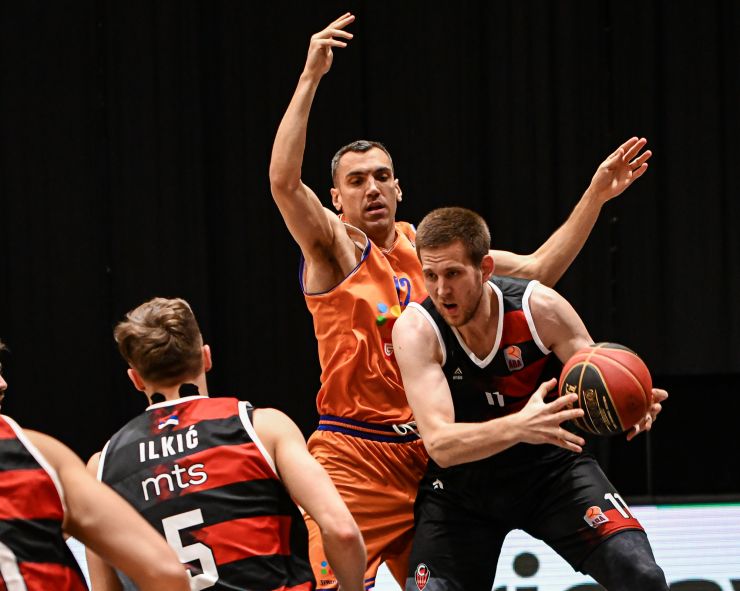 Sloboda Užice have scored their 6th win of the season as they defeated Helios Suns in Round 10.

The boys from Užice pulled off a major comeback in the 4th quarter. Sloboda were down by 8 points - 71:63, six-and-a-half minutes before the end, while then they made an incredible 19:1 run to take over the lead – 72:82! The key factor for making this comeback was a stunning defensive performance that Sloboda Užice players presented in those moments. They were very aggressive on the ball and they forced Helios Suns players to attempt many very, very tough shots.

Aleksa Stepanović was the top scorer in Sloboda Užice team with 20 points, while on the other side Blaž Mahkovic put on an impressive display as he scored 34 points this evening for Helios Suns.

Click here for more match stats
Match: Helios Suns - Sloboda Užice
Join thousands of ABA League fans in our digital community by liking us on Facebook, following us on Twitter or Instagram and subscribing to our YouTube channel.
If you like this and our other articles, make sure to sign up for the ABA League newsletter. You will be notified regarding all important news and updates on the ABA League via e-mail.
Social Media
Tweets by ABA_League2