Studentski centar have made another powerful performance as they defeated Zlatibor in derby match of Round 6. 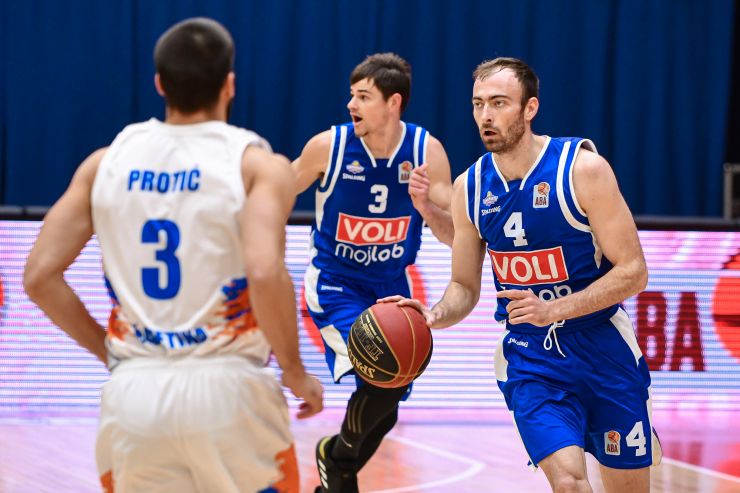 Studentski centar have made another powerful performance as they defeated Zlatibor in derby match of Round 6. The blue-and-whites have therefore remained in the only undefeated team in the league as they have won all of their 6 games so far in the 2020/21 ABA League 2 regular season. On the other side, this was the 2nd defeat for Zlatibor in the ongoing ABA 2 campaign.

Studentski centar have been in front throughout the whole match, while the boys from Podgorica sealed the win during the 3rd quarter which they finished with a 19-point lead – 67:48. In the final 10 minutes of this game, Studentski centar had no problems staying in front all the way until the end.

Nikola Pavlićević was the top scorer of Studentski centar today with 13 points, while on the other side Dušan Kutlešić and Stefan Mitrović scored 14 points each for Zlatibor.

Click here for more match stats
Match: Zlatibor Gold Gondola - SC Derby
Join thousands of ABA League fans in our digital community by liking us on Facebook, following us on Twitter or Instagram and subscribing to our YouTube channel.
If you like this and our other articles, make sure to sign up for the ABA League newsletter. You will be notified regarding all important news and updates on the ABA League via e-mail.
Social Media
Tweets by ABA_League2