In the 21st round of the ABA League 2 season, Sloboda have prevailed over Rogaška at home in Mejdan Sports Hall, Tuzla. 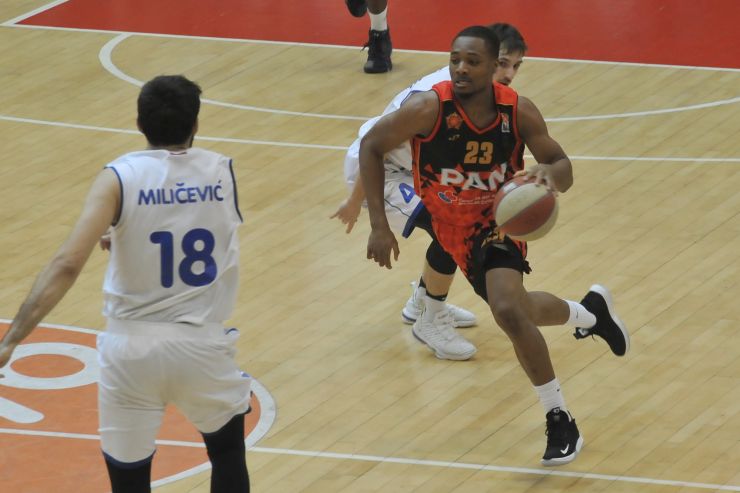 In the 21st round of the ABA League 2 season, Sloboda have prevailed over Rogaška at home in Mejdan Sports Hall, Tuzla.

It has been really anybody’s game from the beginning and until the very end and the game could easily have ended the other way, as Dejan Čigoja of Rogaška had a three-point shot for the win in the final second, but he missed and Sloboda celebrated the 81:79 win.

This is the ninth win for Sloboda, which takes the Tuzla squad away from the danger zone at the bottom of the ABA League standings.

On the other side, Rogaška will be continuing their ABA League 2 season with 10 wins ahead of the final round of the regular season and their Playoffs chances now depend on whether Split and Široki would celebrate victories on Thursday. If they manage to do it, Rogaška is out of the Playoffs race.

Click here for more match stats
Match: Sloboda Tuzla - RogaškaRogaškaSloboda Tuzla
Join thousands of ABA League fans in our digital community by liking us on Facebook, following us on Twitter or Instagram and subscribing to our YouTube channel.
If you like this and our other articles, make sure to sign up for the ABA League newsletter. You will be notified regarding all important news and updates on the ABA League via e-mail.
Social Media
Tweets by ABA_League2