In the opening game of the ABA League Round 17, Budućnost VOLI have prevailed over Cibona on the road in Dražen Petrović Arena in Zagreb. 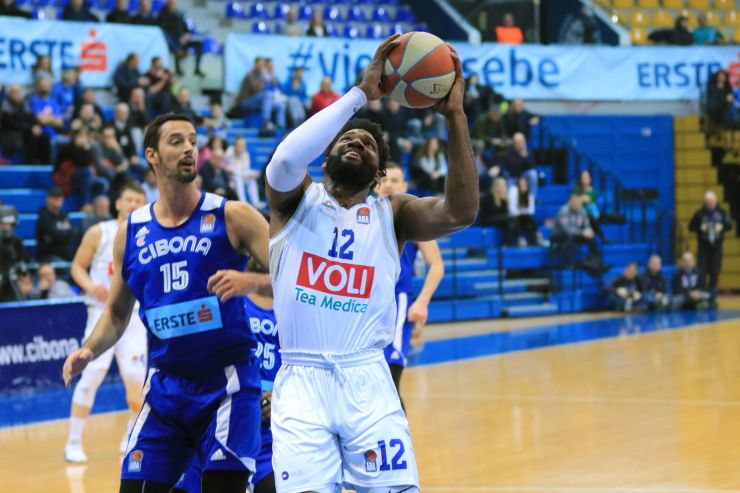 Game recap: The opening game of the ABA League Round 17 has brough us exciting performance by Cibona and Budućnost VOLI in Zagreb and Budućnost VOLI were the ones to extend their streak of victories to two by beating the Wolves. With this triumph, Budućnost VOLI keep aiming for the first place at the end of the regular season, as they now have 13 triumphs on their record after 17 rounds. On the other side, Cibona continue their ABA League season with five triumphs, which means that they will continue their strggle to escape the danger zone at the bottom of the standings, as only two teams are behind them at the moment and last-placed Mega Bemax are only 2 wins lower in the table.

Key moments: Budućnost VOLI did not come to the victory as easy as the final score might suggest. When Filip Bundović scored a triple with 3 minutes and 13 seconds remaining on the game clock, he cut the deficit of Cibona to only 2 points (76:78). However, as it turned out, Cibona did not manage to score over the next two and a half minutes, which enabled the guests to pull away to a 9-point advantage (85:76) and there was less than a minute left in the clash. The battle for two points was over.

Man of the match: Justin Cobbs of Budućnost VOLI shined this time, as he took his team to the win. He had 24 points, 3 rebounds, 7 assists and a valuation of 29 in 37 minutes spent on court. He is rightfully our man of the match!

Can’t trick the stats: Cibona might have played a great game and resisted Budućnost VOLI well, but the guests have outrebounded them 34:21. That’s what was the crucial thing in the end.

Click here for more match stats
Budućnost VOLIMatch: Cibona - Budućnost VOLICibona
Join thousands of ABA League fans in our digital community by liking us on Facebook, following us on Twitter or Instagram and subscribing to our YouTube channel.
If you like this and our other articles, make sure to sign up for the ABA League newsletter. You will be notified regarding all important news and updates on the ABA League via e-mail.
Social Media
Tweets by ABA_League2