Helios Suns have beaten Zrinjski at home in Domžale in the 20th round of the ABA League 2 season. 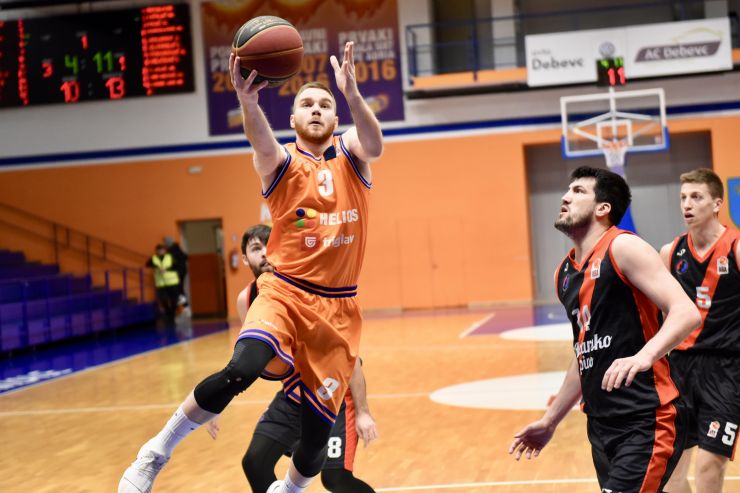 Helios Suns have beaten Zrinjski at home in Domžale in the 20th round of the ABA League 2 season.

In the exciting game in Domžale, which could have gone either way, Helios Suns have been the better of the two opponents in the game against Zrinjski. The hosts did important worn in the second quarter, which they have won by 9 points and left to the halftime break with 6 points of advantage. Zrinjski turned things around in the third and led by 3 before the last quarter, but the hosts made another comeback, to get away with an 82:80 win in the end.

This is the seventh win of the season for Helios Suns, while Zrinjski continue the competition with 6 on their record.

Helios SunsMatch: Helios Suns - Zrinjski MostarZrinjski Mostar
Join thousands of ABA League fans in our digital community by liking us on Facebook, following us on Twitter or Instagram and subscribing to our YouTube channel.
If you like this and our other articles, make sure to sign up for the ABA League newsletter. You will be notified regarding all important news and updates on the ABA League via e-mail.
Social Media
Tweets by ABA_League2