Battle for the Playoffs in Nikšić

It's time for another ABA 2 week! 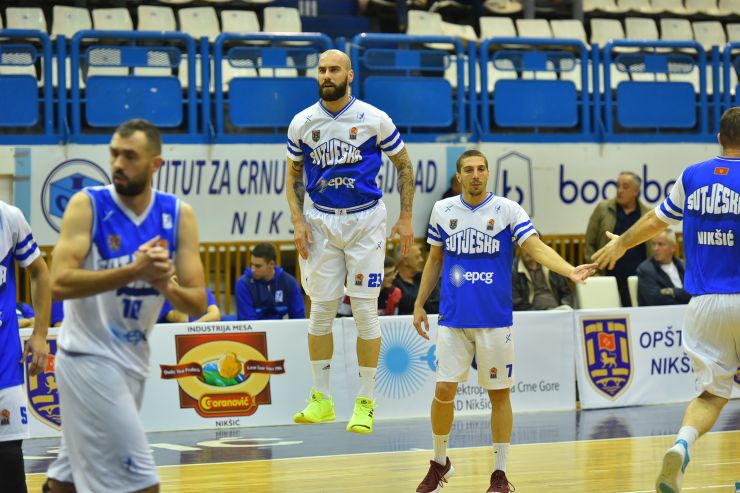 It's time for another ABA 2 week!

Round 10 will start on Tuesday evening with two very interesting games. The first one will be played in Split, where the the famous Yellow crew will host Helios Suns. Split (overall score 4-5) have scored all ove their 4 wins at home court, but they are now facing the team who is in truly remarkable form. Helios Suns (6-3) have won 4 out of the last 5 games in ABA 2 and they are currently holding the 3rd place on the standings.

The 2nd game of Tuesday evening is this week's match of the round! Sutjeska (5-4) host Široki (5-4) in the battle for the Playoffs. Both sides suffered defeats in the previous round, so now they want to get back on the winning path and make another step toward the Top 4 zone.

Wednesday schedule also brings us two games. After suffering defeat last week and breaking their 3-game winning streak, Rogaška (5-4) will try to bounce back in match against Sloboda (2-7). The visitors have played 5 road games so far in this season and have lost all of them.

MZT Skopje Aerodrom (7-2) host red-hot Novi Pazar (4-5) who is on a 3-game winning streak. Still, the league newcomers are now coming to Skopje where their hosts MZT have won all of their games so far in the season – 5-0.

The last two games of this round will be played on Thursday. Spars (0-9), who are still the only winless team in the league, are facing Lovćen 1947 Bemax (4-5), who lost all of their 5 road games so far. One of them will break the losing streak.

Finally, league leaders Borac (8-1) will host local rivals Dynamic VIP PAY (4-5). The boys from Čačak are on a 5-game winning streak and they do not want to stop there. No one was able to beat Borac in their home so far in the season, while we are about to see if Dynamic VIP PAY will manage to become to first away team to triumph in Čačak.