FMP stay undefeated with a win over Igokea

FMP are staying one of the two undefeated teams after four rounds of the ABA League, as they have beaten Igokea at home in Belgrade. 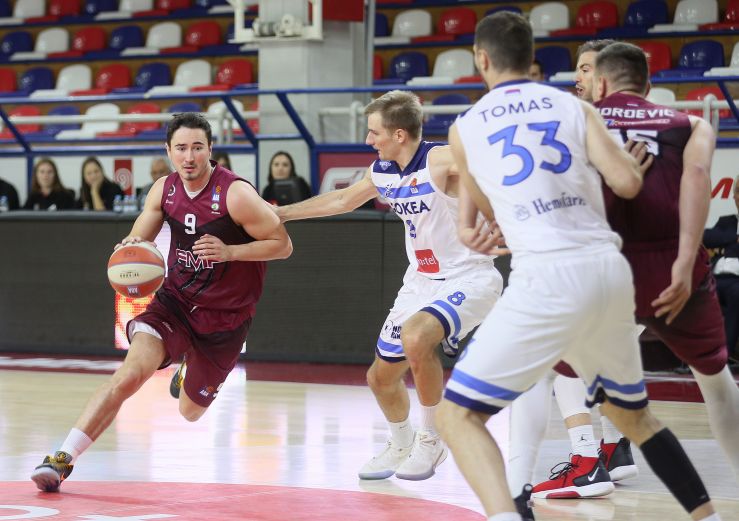 Game recap: Nothing new in Belgrade! FMP are staying atop of the standings, after they have beaten Igokea in the last game of the ABA League Round four. Vladimir Jovanović’s squad are therefore staying undefeated after four rounds of the season, as one of the two teams, alongside Cedevita Olimpija, that still don’t know what being defeated means this season. On the other side, Igokea stay one of the tow sides that still haven’t tasted the sweet taste of victory in this ABA League season and they will continue to struggle in order to escape the danger zone at the bottom of the standings.

Key moments: Igokea played well at the end of the first and beginning of second half and they were up 45:39 in the sixth minute of the third quarter. However, that’s when FMP finally woke up again and they went on a 16:6 run by the end of the quarter, which gave them a 55:51 lead after 30 minutes. Igokea still had their hopes of a comeback alive at this point, but, when FMP opened the last period with a 6:1 run and pulled away to a 9-point lead (61:52) with 8 minutes left, it became evident, that a comeback would be really, really difficult to achieve. Igokea have managed to cut their deficit to four points late in the game, but it was simply too little, too late.

Man of the match: Marko Jeremić was brilliant for FMP this time around, as he had 21 points, 1 rebound and a valuation of 19 in 27 minutes spent on court. He is our man of the match!

Can’t trick the stats: FMP have outrebounded Igokea 38:30 and that’s what turned the game their way.