Zadar or MZT? Which team will secure themselves a place in the ABA League?

In the decisive third game of the series in the ABA League Qualifiers, Zadar will be facing MZT Skopje Aerodrom in Krešimir Ćosić Arena in Zadar. Which team will be more successful and earn themselves a spot in the ABA League for next season? 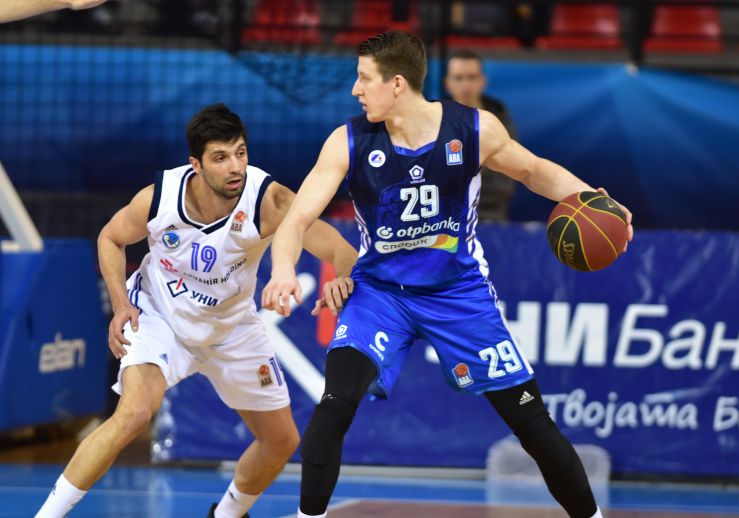 Story of the game: The D day is coming up for Zadar and MZT Skopje Aerodrom in the Qualifiers for a spot in the ABA League for the 2019/20 season! The series are tied to 1:1 and the team that would win the decisive third game of the series will get the ticket for the region’s flagship basketball competition.

After MZT Skopje Aerodrom made a break in Game 1 it seemed that they would face easy task in Game 2 in front of their home fans, but how wrong were those that thought so! Zadar bounced back in Skopje and tied the series to 1:1.

Now, the Dalmatians will be deciding about their future at their home court in Krešimir Ćosić Arena in Zadar and due to the tradition, as they have beaten MZT Skopje Aerodrom 6 out of 7 times when playing at home court, it seems as they could finish the job on Tuesday. However, Game 1 proves us that nothing is impossible and that all of the options are open before the decisive clash.

Match-up in focus: In Game 2 of the series, there was an interesting shooting encounter at the position of the point guard between Mario Little of Zadar and James Woodard of MZT Skopje Aerodrom. While Woodard was the more efficient in scoring with 26 points against 20 of Mario Little, the latter one got away with a win of his team. How will it end this time around?