Huge win for FMP over Igokea

At home in Belgrade, FMP have beaten Igokea after a last quarter comeback and scored a huge win in the battle to avoid relegation. 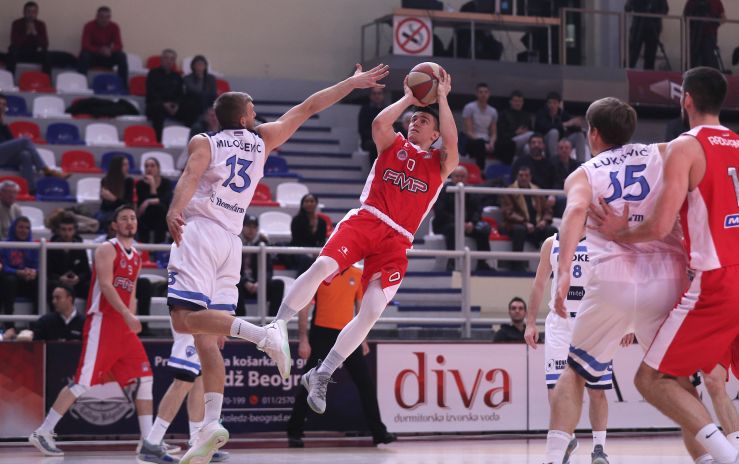 Game recap: FMP can breathe easier after 17 rounds played, as they have grabbed a hugely important home win in Belgrade over one of their main competitors in the battle to avoid the danger zone – Igokea. FMP now have seven triumphs on their record, while Igokea continue their season with six.

Key moments: Igokea took control of the game in the second quarter and when it just seemed that they would get away with a victory, FMP started a comeback in the final quarter!

They entered the last quarter with a 6-point deficit (61:67), but with 14:3 run, FMP have turned the game completely upside down in the opening five minutes of the last period. It remained anybody’s game however until 3 minutes remaining on the game clock (78:76), but then youngster Aleksa Uskoković started his show and scored all 9 points in the final 3 minutes for FMP, to take his team to the 87:78 win!

Man of the match: Matic Rebec was the most efficient in the squad of FMP, as he scored 16 points, while adding 6 assists, 3 rebouns and a valuation of 23 to his stats. He is our man of the match!