In the second game of the Monday’s NLB ABA League 2 schedule, Sloga of Kraljevo have prevailed over Vrijednosnice Osijek, and scored their fifth win of the season. 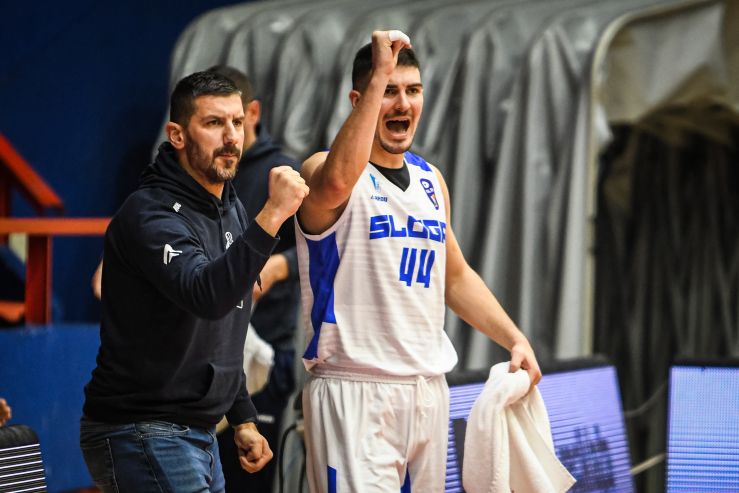 In the second game of the Monday’s NLB ABA League 2 schedule, Sloga of Kraljevo have prevailed over Vrijednosnice Osijek, and scored their fifth win of the season.

The Kraljevo NLB ABA League 2 newcomers are now on a 5:3 record after 8 rounds played and they are placed firmly in the Playoffs Zone. On the other side, Vrijednosnice Osijek continue their regional league season with a 1:7 record and have a lot of work still to do in case they wish to reach the Top 8 when the Regular Season ends.

Sloga have made the huge margin near the end of the first quarter, when they used their 9:0 run to convert their 14:13 lead into the 23:13 between 8th and 10th minute of play. Their dominant performance continued in the second quarter and when halftime ended, they have been up with 24 points already (52:28).

In the second half, Vrijednosnice Osijek have fought back and with slightly more than a minute remaining on the game clock, they have tied the game at 79:79. However, Sloga were more focused in the game’s finish and eventually prevailed with the score of 84:80.

Click here for more match stats
Match: Sloga - Vrijednosnice Osijek
Join thousands of ABA League fans in our digital community by liking us on Facebook, following us on Twitter or Instagram and subscribing to our YouTube channel.
If you like this and our other articles, make sure to sign up for the ABA League newsletter. You will be notified regarding all important news and updates on the ABA League via e-mail.
Social Media
Tweets by ABA_League2