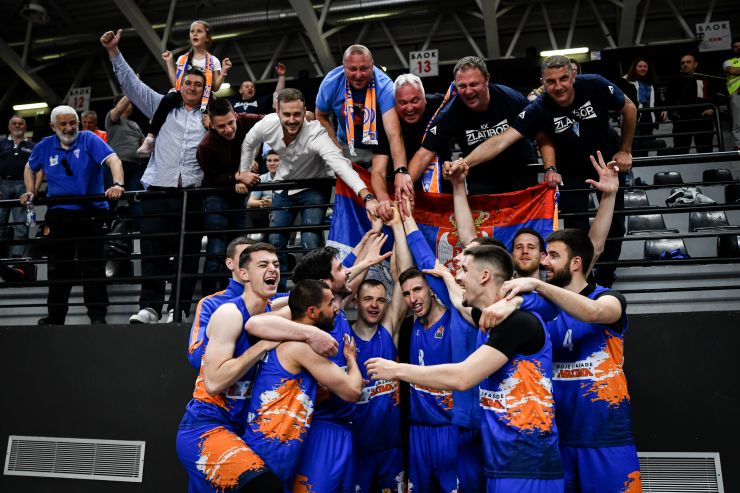 In one of the most important games of the season, Zlatibor used their strongest weapon – 3-pointers. The boys from Čajetina made no less than 15 three-pointers this evening to score almost 100 points in total and clinch the precious win.

Dušan Kutlešić was almost unstoppable tonight as he made 31 points for the winning side, while his teammate Filip Đuran scored 21 points, including 6 three-pointers out of 7 attempts. It is also worth mentioning the performance of Zlatibor big guy Dimitrije Nikolić who made 20 points and 9 rebounds.

On the other side, Borac Banja Luka tried to respod via Diante Baldwin who finished this game with 21 points and 7 assists, however they simply could not find a way to answer back to Zlatibor's three-pointers.

While Zlatibor were 15/30 for 3-points, Borac Banja Luka scored only 9 threes out of 33 attempts.

Zlatibor will therefore play in the 2022 NLB ABA League 2 Final which is scheduled for Sunday, April 17 at 19.

Click here for more match stats
Match: Borac Banja Luka - Zlatibor
Join thousands of ABA League fans in our digital community by liking us on Facebook, following us on Twitter or Instagram and subscribing to our YouTube channel.
If you like this and our other articles, make sure to sign up for the ABA League newsletter. You will be notified regarding all important news and updates on the ABA League via e-mail.
Social Media
Tweets by ABA_League2