Eight best teams from the regular season will be fighting for the precious trophy in Skopje from April 13 to April 17. It’s time for the 2022 NLB ABA League 2 Playoffs! 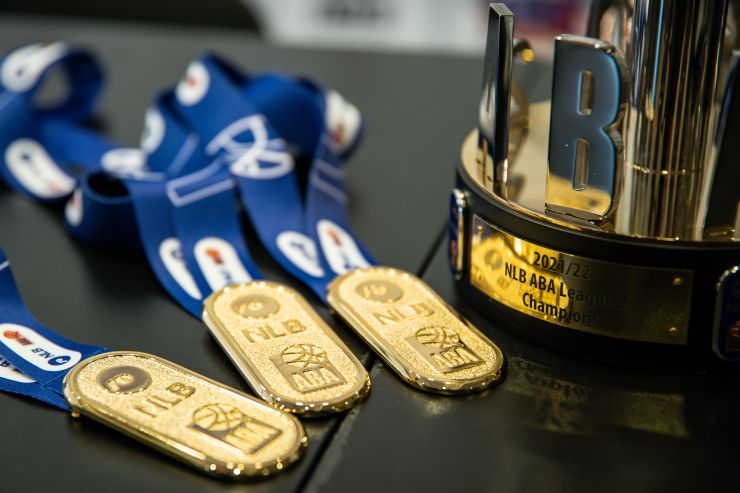 Eight best teams from the regular season will be fighting for the precious trophy in Skopje from April 13 to April 17. It’s time for the 2022 NLB ABA League 2 Playoffs!

All quarter-finals games will be played on Wednesday, April 13 in Jane Sandanski Sports Hall, Skopje.

Borac Banja Luka and Mladost MaxBet will open the quarter-finals stage with their clash at 12:00. When these two teams faced each other in the regular season, we watched a real thriller in which Borac Banja Luka eventually triumphed by 92:87.

The second game of the quarter-finals stage brings us the clash between Helios Suns and Zlatibor. Helios Suns have finished the regular season with 6 consecutive wins, so they are heading toward the Playoffs in top form. On the other side, Zlatibor are also in excellent rhythm as they triumphed in the last 3 games in NLB ABA League 2 and they now want to extend that winning streak. In their previous duel in the ongoing season, Helios Suns defeated Zlatibor by 76:69.

In the third game of the day, tournament hosts MZT Skopje Aerodrom will play against Sutjeska. Thanks to their outstanding form in the last couple of months, MZT Skopje Aerodrom have clinched the top spot in the regular season, still they lost the game against Sutjeska back in February this year in one of the most thrilling games of the season – 55:56. Jovan Vojinović was the hero of Sutjeska in that match as he scored the game-winning 2-pointer just couple of seconds before the 4th quarter buzzer.

Finally, in the last game of the quarter-finals, Široki will host their big rivals Spars Ilidža. Both sides have finished the last regular season tournament with 2 wins out of 3 games, so they are entering the Playoffs in quite a good rhythm. Their head-to-head clash in the regular season was pretty exciting as well as Spars Ilidža prevailed in a thrilling ending by 69:63.

Before the start of the 2022 NLB ABA League 2 Playoffs you should know that all elimination rounds (quarter-finals, semi-finals, final) will be played in single-game format.

Check out the full schedule of the 2022 NLB ABA League 2 Playoffs.