In the last Quarterfinal game of the NLB ABA League 2 Playoffs, Široki have prevailed over Spars Ilidža in the local clash for the last remaining Semifinal spot. 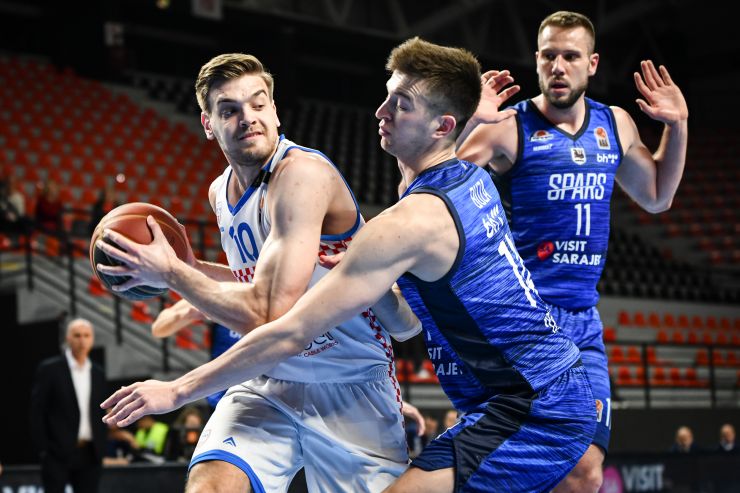 In the last Quarterfinal game of the NLB ABA League 2 Playoffs, Široki have prevailed over Spars Ilidža in the local clash for the last remaining Semifinal spot.

Široki have been a better of the two opponents throughout the game and they have been up with the double digit number of points (26:16) already after the opening quarter. By halftime, they have increased their lead to 11 points and even though Spars Ilidža managed to cut the gap between the two sides significantly in the second half, their hope of a comeback did not last long, as midway through the last period, Široki pulled away again into the double-digits and as it turned out later in the game, this has been decisive for the game’s outcome.

Spars Ilidža did manage to threaten with a major comeback once more and cut their deficit to only a point within the last 30 seconds of the game, but they simply lacked time to turn the game completely upside-down. The final score was 85:81 in favour of the Široki Brijeg side.

In the Semifinals, Široki will face the tournament hosts MZT Skopje Aerodrom, that have been too strong for Sutjeska in the Quarterfinals.

Click here for more match stats
Match: Široki - Spars Ilidža
Join thousands of ABA League fans in our digital community by liking us on Facebook, following us on Twitter or Instagram and subscribing to our YouTube channel.
If you like this and our other articles, make sure to sign up for the ABA League newsletter. You will be notified regarding all important news and updates on the ABA League via e-mail.
Social Media
Tweets by ABA_League2