In the second Quarterfinal clash at the Skopje NLB ABA League 2 Playoffs Tournament, Zlatibor have prevailed over Helios Suns and qualified for the Top 4. 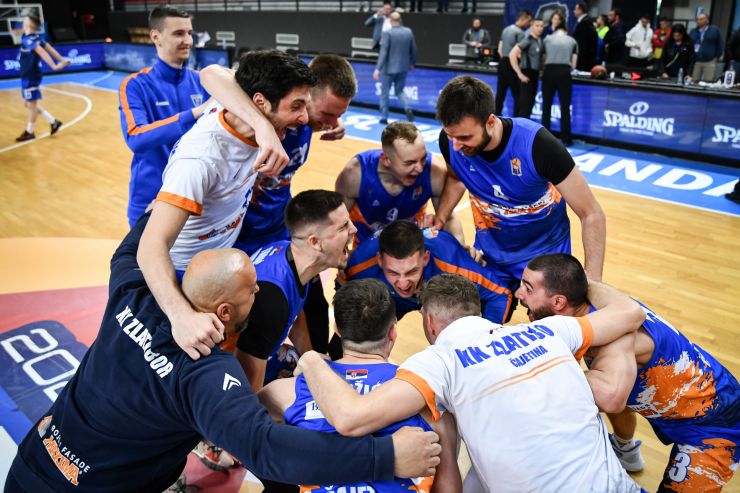 In the second Quarterfinal clash at the Skopje NLB ABA League 2 Playoffs Tournament, Zlatibor have prevailed over Helios Suns and qualified for the Top 4.
It has been a fairly close game, in which neither of the two sides hasn’t been able to pull away at any moment until it’s very ending, while the two have been exchanging leads several time during the clash.

It have been the Helios Suns, that have entered the final minute with a single-point advantage (79:78), but with half a minute remaining in the game, Dimitrije Nikolić stepped up and scored a three-pointer for Zlatibor, that put his team up by 2 points (79:81). Tadej Ferme replied on the other end with 20 seconds on the game clock (82:81) and Zlatibor had the final ball possession. Nemanja Protić scored an unbelievable three-pointer with 2 second remaining that secured his team the win with the final score of 82:84.

In the Semifinal, Zlatibor will face Borac Banja Luka, the winning team of the first Quarterfinal clash of the 2021/22 NLB ABA League 2 season.

Click here for more match stats
Match: Helios Suns - Zlatibor
Join thousands of ABA League fans in our digital community by liking us on Facebook, following us on Twitter or Instagram and subscribing to our YouTube channel.
If you like this and our other articles, make sure to sign up for the ABA League newsletter. You will be notified regarding all important news and updates on the ABA League via e-mail.
Social Media
Tweets by ABA_League2