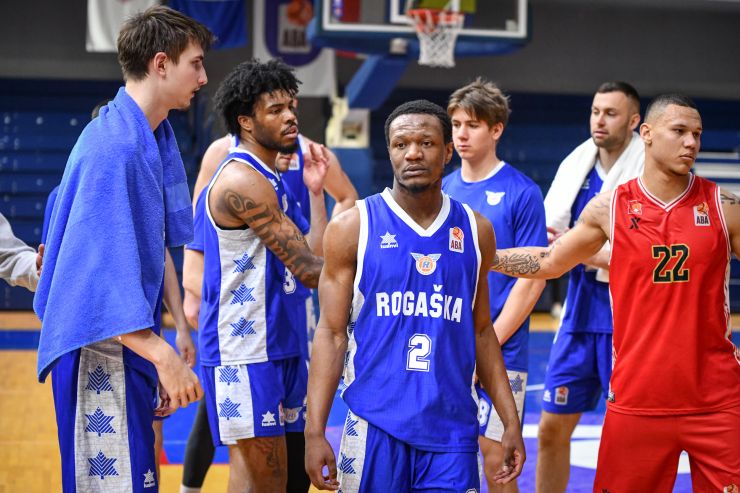 This was the last game in this season for both sides as neither Rogaška nor Lovćen 1947 have managed to qualify for this year’s Playoffs. Still, each team really gave its best in today’s game as both Rogaška and Lovćen 1947 wanted to end their 2021/22 NLB ABA League 2 campaign with a win.

Eventually, Rogaška prevailed in that battle in a very thrilling ending. The two sides were all tied at 79:79, three-and-a-half minutes before the end, while then Rogaška made the key 10:0 run to take the win.

Petar Vujačić was the top scorer in Rogaška team with 23 points, while on the other side Elijah Clarance scored 32 points for Lovćen 1947.

Rogaška and Lovćen 1947 finished the season with the same overall score (3-10), still thanks to this win Rogaška seized the 12th spot, while Lovćen 1947 dropped to the 13th position.

Click here for more match stats
Match: Rogaška - Lovćen 1947
Join thousands of ABA League fans in our digital community by liking us on Facebook, following us on Twitter or Instagram and subscribing to our YouTube channel.
If you like this and our other articles, make sure to sign up for the ABA League newsletter. You will be notified regarding all important news and updates on the ABA League via e-mail.
Social Media
Tweets by ABA_League2