The opening day of the Široki Brijeg Regular Season Tournament is marked by a World Down Syndrome Day thanks to the social-responsibility project “More alike than different” in the cooperation of the ABA League j.t.d. and the NLB Group. 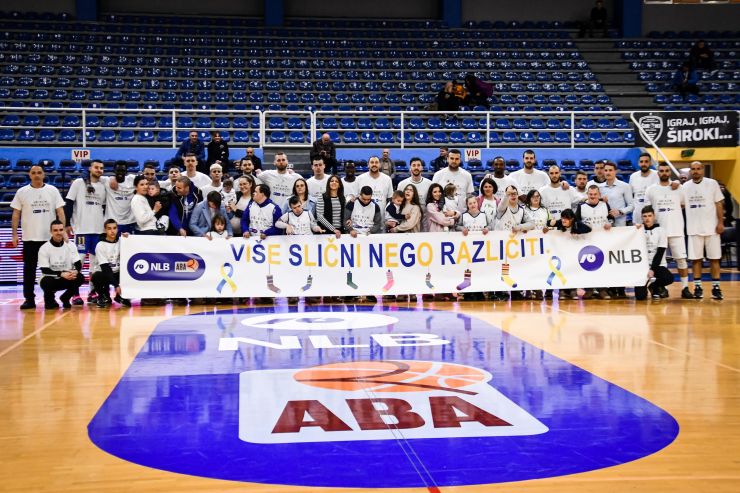 For this occasion, the NLB d.d. Sarajevo and ABA League j.t.d. have teamed up to gather a donation in the amount of 5000 euros for the rehabilitation centre, which has been symbolically handed over by Lidija Žigić, CEO of NLB Bank d.d., Sarajevo and Dubravko Kmetović, the ABA League j.t.d. Director to Mario Karačić of the Rehabilitation centre Marija-Naša Nada of Široki. The Kids with the down syndrome and staff of the Rehabilitation centre Marija-Naša Nada of Široki Brijeg, that are the special guests of the tournament on the first day have received applause from the gathered crowd in the hall, as they have been invited to enter the court ahead of the game.