Zlatibor remains in the Playoffs race, as they have rolled over Lovćen 1947 in Pecara and grabbed their sixth win of the season. 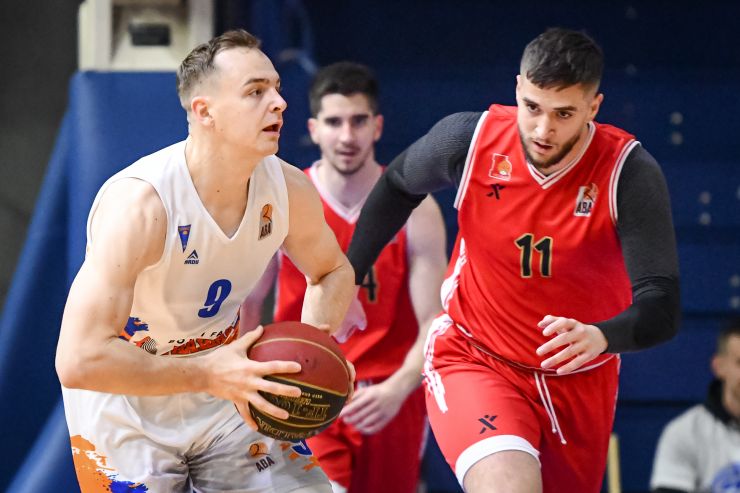 Zlatibor remains in the Playoffs race, as they have rolled over Lovćen 1947 in Pecara and grabbed their sixth win of the season.

With this win, the Čajetina squad have got to the 6:5 record and this keeps them still on the edge of the Top 8, that will play for the trophy in the NLB ABA League 2 Playoffs. On the other side, Lovćen 1947, now on a 3:8 record, have lost all of their chances for reaching the peak of the 2021/22 season in the NLB ABA League 2.

It has been a game, in which Zlatibor have quickly taken control of the game, winning the opening game by 12 points (29:17). However, Lovćen 1947 fought back in the second quarter and cut the defictit under 10 points (48:39), but this did not help them much in the remainder of the game, since Zlatibor were again in charge of the floor in the third quarter and they led by 16 points, heading into the last period. It became clear, that the win would be theirs this time.

Click here for more match stats
Match: Zlatibor Gold Gondola - Lovćen 1947
Join thousands of ABA League fans in our digital community by liking us on Facebook, following us on Twitter or Instagram and subscribing to our YouTube channel.
If you like this and our other articles, make sure to sign up for the ABA League newsletter. You will be notified regarding all important news and updates on the ABA League via e-mail.
Social Media
Tweets by ABA_League2