On the road in Čačak, Igokea m:tel have prevailed over Borac and have grabbed their third consecutive win in the AdmiralBet ABA League in the opening game of the 14th round of the season. 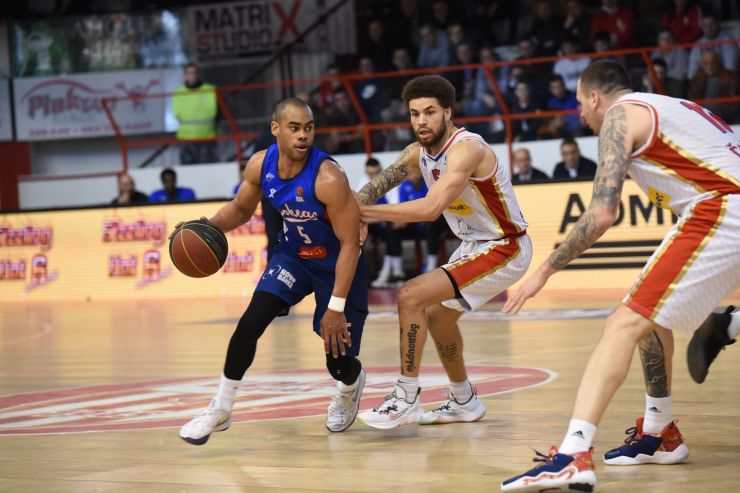 Game recap: On the road in Čačak, Igokea m:tel have prevailed over Borac and have grabbed their third consecutive win in the AdmiralBet ABA League in the opening game of the 14th round of the season. This puts Igokea firmly on the sixth place in the standings, on the edge of the Playoffs Zone, with the record of 8:6. On the other side, this is the fourth consecutive defeat for the squad of Borac Čačak and they find themselves in the danger zone near the bottom of the standings with a 4:10 record, with only Krka (3) and Split (2) currently having won less games than the Čačak team.

Key moments: Igokea m:tel have opened the game determinedly to snatch away the win and the last time that the two squads have been close in terms of the result was 4:5 in the 4th minute. Afterwards, Igokea m:tel went on a 5:16 run, that put them up 9:21 in the last minute of the first quarter and as it turned out later in the game, afterwards, Borac did not manage to push back and make it anybody’s game again until the end.

Man of the match: Big man Nikola Tanasković had a great game against Borac, as he led his Igokea m:tel to the win with 12 points, 8 rebounds, 1 assist and steal each and a valuation of 18 on his record. He is our man of the match!

Can’t trick the stats: Igokea m:tel have dominated the glass, outrebounding Borac 38:25 and that has been the key to their easy win in the end.

Click here for more match stats
Match: Borac Mozzart - Igokea m:tel
Join thousands of ABA League fans in our digital community by liking us on Facebook, following us on Twitter or Instagram and subscribing to our YouTube channel.
If you like this and our other articles, make sure to sign up for the ABA League newsletter. You will be notified regarding all important news and updates on the ABA League via e-mail.
Social Media
Tweets by ABA_League2