In the opening game of the Sunday’s ABA League 2 schedule, Zlatibor have prevailed over Pelister-Bitola and grabbed their fourth win of the season. 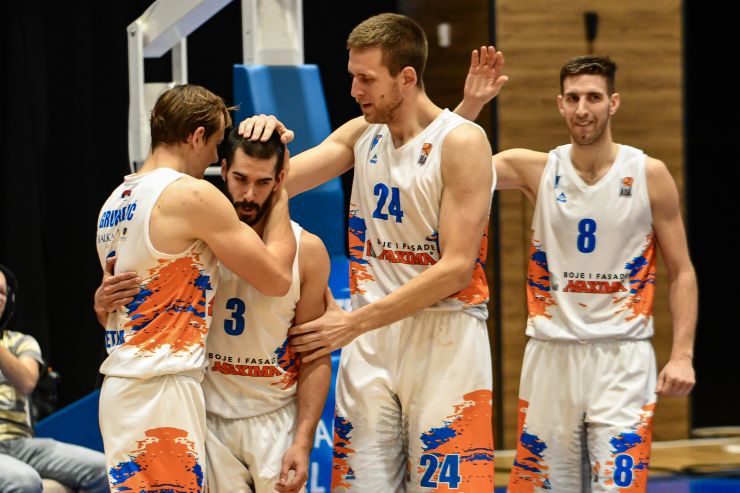 In the opening game of the Sunday’s ABA League 2 schedule, Zlatibor have prevailed over Pelister-Bitola and grabbed their fourth win of the season.

This way, Zlatibor have finished the Sarajevo Regular Season Tournament with a 4:3 record and will be placed in the Playoffs zone, after the third tournament of the ABA League 2 season. On the other side, newcomers Pelister-Bitola continue their season with a single win grabbed so far and they will need to grind in the forthcoming tests in order to accomplish their goal and escape the danger zone near the bottom of the ABA League 2 standings.

It have been Zlatibor, that held the advantage almost throughout the game, leading by 2 points after the opening quarter and by no less than 11 at the big break. In the second half, however, Pelister-Bitola fought back and even managed to turn the game completely upside-down, as Nikola Malešević scored a triple with 32 seconds to go for the first lead of his team in this game. However, Dušan Kutlešić replied on the other end in the same fashion. After a series of free throws on both sides in the remainder of the playing time, it seemed like the game would head into the overtime, but then Nemanja Protić happened.

The Zlatibor point guard penetrated towards the hoop in the final moments of the game and made a lay-up that sealed the win for his squad.

Click here for more match stats
Match: Zlatibor - Pelister-Bitola
Join thousands of ABA League fans in our digital community by liking us on Facebook, following us on Twitter or Instagram and subscribing to our YouTube channel.
If you like this and our other articles, make sure to sign up for the ABA League newsletter. You will be notified regarding all important news and updates on the ABA League via e-mail.
Social Media
Tweets by ABA_League2