Spars Ilidža made the key 7:0 run in the final minute to win the match vs. Sutjeska. 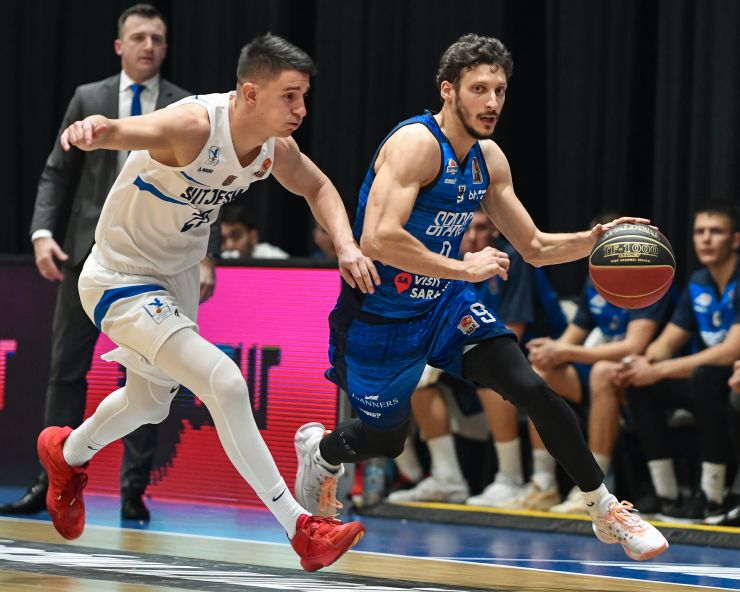 Spars Ilidža have prevailed over Sutjeska after a real thriller in the final moments of the game. The two sides fought a hard battle for 39 minutes and they were all tied at the start of the last minute – 79:79.

And then Spars Ilidža made the key 7:0 run to win the game.

Everything started with the big 3-pointer made by Mašan Vrbica who put his team in front – 82:79, while after Radosav Spasojević missed a 3-pointer that would have tied the game for Sutjeska, Almir Hasandić scored 4 consecutive points for Spars Ilidža to make the final score – 86:79.

Spars Ilidža now have the overall score of 3-2, while Sutjeska are at 2-3.

Click here for more match stats
Match: Sutjeska - Spars Ilidža
Join thousands of ABA League fans in our digital community by liking us on Facebook, following us on Twitter or Instagram and subscribing to our YouTube channel.
If you like this and our other articles, make sure to sign up for the ABA League newsletter. You will be notified regarding all important news and updates on the ABA League via e-mail.
Social Media
Tweets by ABA_League2