Mornar-Barsko zlato have prevailed over Igokea in overtime at home in Topolica Sports Hall in Bar and grabbed their first triumph of the AdmiralBet ABA League season. 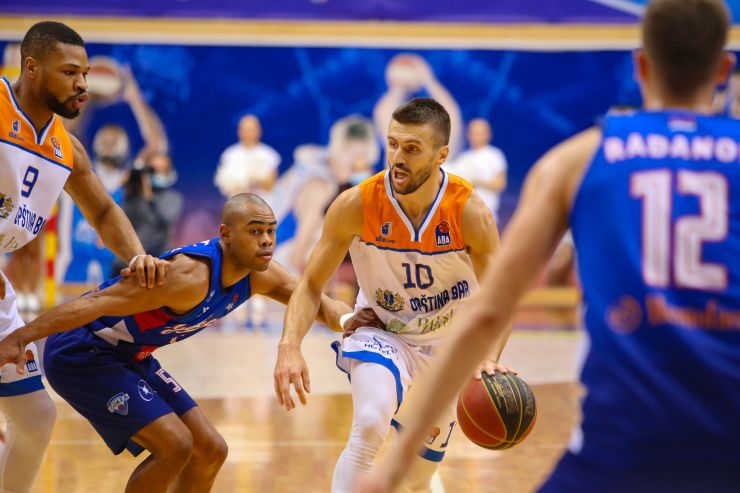 Game recap: Mornar-Barsko zlato have prevailed over Igokea at home in Topolica Sports Hall in Bar and grabbed their first triumph of the AdmiralBet ABA League season. This way, the Bar squad have ended their winning drought in the regional competition, that has occurred to them at the start of the season and are on a 1:6 record, still at the bottom of the standings, but are no more placed there alone, as Zadar and Split each also have one win on their records so far. On the other side, Igokea have suffered their fourth defeat of the season and will be placed in the lower half of the standings after 7 rounds with a 3:4 record.

Key moments: Even thoguh Marko Jeremić scored from mid-range with 40 seconds on the game clock to put his team up by 4 points (72:68), Igokea managed to tie the game after 40 minutes, as Marko Jošilo made a tip-in to tie the game at 72:72 and take the game into overtime. With 2 minutes left in the overtime, Corey Davis put his team up by 2 points and immediately afterwards, Aleksandar Lazić made an extremely important steal, that enabled his team to score another pair of points and pull away by 4 points (80:76). With only a minute and a half left in the game, it turned out that Igokea did not have enough strength, to make another comeback.

Man of the match: Marko Jeremić had a great game for Mornar-Barsko zlato, as he led them to the first win of the season. He had 19 points, 2 rebounds, 1 steal and a valuation of 18. He is our man of the match!

Can’t trick the stats: Mornar-Barsko zlato have been shooting 44% from the field and Igokea 41.9%. In the end, this was crucial for the game’s outcome.

Click here for more match stats
Match: Mornar-Barsko zlato - Igokea m:tel
Join thousands of ABA League fans in our digital community by liking us on Facebook, following us on Twitter or Instagram and subscribing to our YouTube channel.
If you like this and our other articles, make sure to sign up for the ABA League newsletter. You will be notified regarding all important news and updates on the ABA League via e-mail.
Social Media
Tweets by ABA_League2