The 2021 Finals are here! Studentski centar and Spars are the last two teams standing in the 2020/21 ABA League 2 season and this week they will be fighting for the precious title. 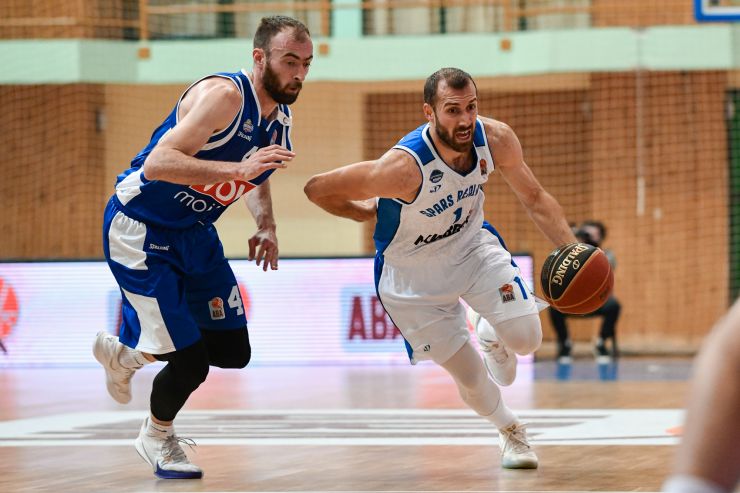 The 2021 Finals are here! Studentski centar and Spars are the last two teams standing in the 2020/21 ABA League 2 season and this week they will be fighting for the precious title.

Studentski centar and Spars will play two games to determine who will be crowned as the new ABA 2 champions. Game 1 will be played on Tuesday, May 4, while Game 2 is scheduled for Thursday, May 6. Both games will be played in Morača Sports Hall, Podgorica.

Speaking about the regular season, it is also important to mention that the match between Studentski centar and Spars from Round 4 was simply spectacular. Studentski centar won that match by 78:77, but only after we witnessed some late drama in the 4th quarter when one single free-throw decided the winner.

Both sides have presented quite a powerful performance in the Playoffs so far.

Studentski centar have won all of their games in the 2021 ABA 2 Playoffs so far as they triumphed in both games against Sloboda Užice in the quarter-finals, while then they beat Mladost MaxBet twice in the semis.

On the other side, Spars started the Playoffs with a defeat against Zlatibor in Game 1 of the quarter-finals, but they then triumphed in Game 2 to advance to the semis where they scored two convincing wins over Podgorica to reach the Finals.

Now, it is time for their final battle. Let the best team win the trophy!