Rabotnički have prevailed over Helios Suns in a very dramatic ending. Helios Suns top scorer in this season Blaž Mahkovic missed the lay-up at the buzzer that would have won the game for his team. 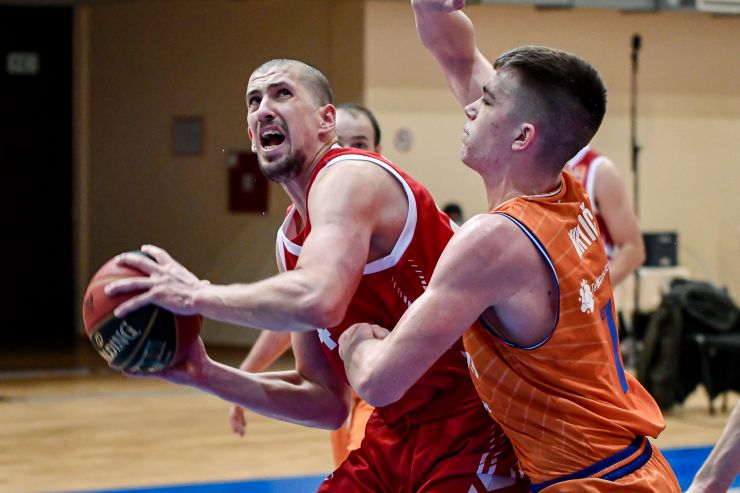 Rabotnički have prevailed over Helios Suns in a very dramatic game.

At the end, two key plays decided the winner of this match. The first one happened with a bit over a minute until the end of the 4th quarter, when Rabotnički center Ljubomir Mladenovski made a steal and then threw down the crucial fastbreak dunk to put his team in front – 67:66. It turned out that Mladenovski’s dunk was actually the game-winning play in this game, as on the other side of the court Helios Suns missed their big chance to take the win.

That is when we come to the second play that decided the winner. Helios Suns top scorer in this season Blaž Mahkovic was left to play one-on-one against no ther than Ljubomir Mladenovski in the dying seconds of the 4th quarter. Mahkovic managed to find a way toward the basket, but he missed the lay-up at the buzzer and the score remained 67:66 for Rabotnički.

Rabotnički now have the overall score of 4-8, while Helios Suns are at 1-11.

Click here for more match stats
Match: Helios Suns - Rabotnički Skopje
Join thousands of ABA League fans in our digital community by liking us on Facebook, following us on Twitter or Instagram and subscribing to our YouTube channel.
If you like this and our other articles, make sure to sign up for the ABA League newsletter. You will be notified regarding all important news and updates on the ABA League via e-mail.
Social Media
Tweets by ABA_League2