In the opening game of the ABA League 2 Round 9, Podgorica have outgunned Helios Suns and grabbed their fifth win of the season. 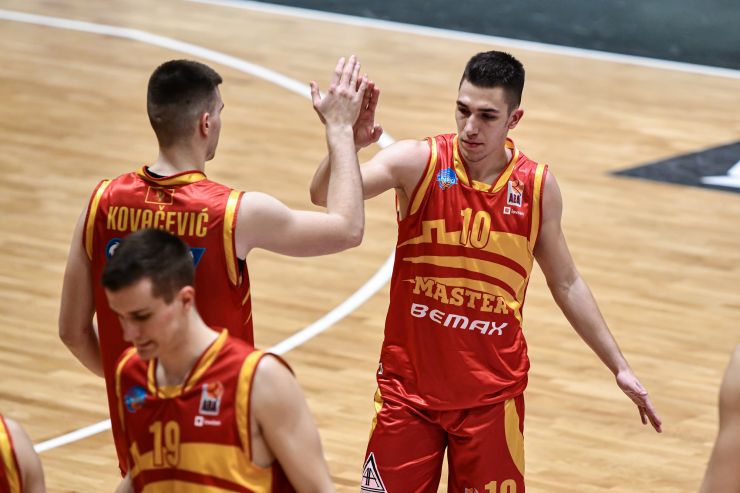 In the opening game of the ABA League 2 Round 9, Podgorica have outgunned Helios Suns. It has been an interesting contest, where Podgorica have quickly created themselves an advantage. They led by 5 points after the opening quarter and went on to increase the advantage in the second one, but just before the big break, Helios Suns managed to bounce back and the gap between the two sides was only a point after 20 minutes.

However, Podgorica started the second half strongly and after three consecutive three-pointers by Marko Kovačević, they were already up by 12 points midway through the third quarter. Helios Suns managed to take the game into a thrilling finish again in the final minutes, as they even managed to tie the game, but did not manage to turn it completely upside-down.

In the end, the score was 85:87 in favour of Podgorica squad, after Novak Musić scored a game-winning lay-up with 2 seconds left on the game clock.

This way, Podgorica have grabbed their fifth win of the season, which keeps them firmly seated in the Playoffs race. On the other side, Helios Suns will continue their ABA League 2 season on the last place in the standings, as they currently still have only 1 win on their record, alongside 7 defeats.

Click here for more match stats
Match: Helios Suns - Podgorica
Join thousands of ABA League fans in our digital community by liking us on Facebook, following us on Twitter or Instagram and subscribing to our YouTube channel.
If you like this and our other articles, make sure to sign up for the ABA League newsletter. You will be notified regarding all important news and updates on the ABA League via e-mail.
Social Media
Tweets by ABA_League2