In the opening game of the ABA League Round 4, Mladost of Zemun have outgunned Rabotnički at the Zlatibor Regular Season Tournament. 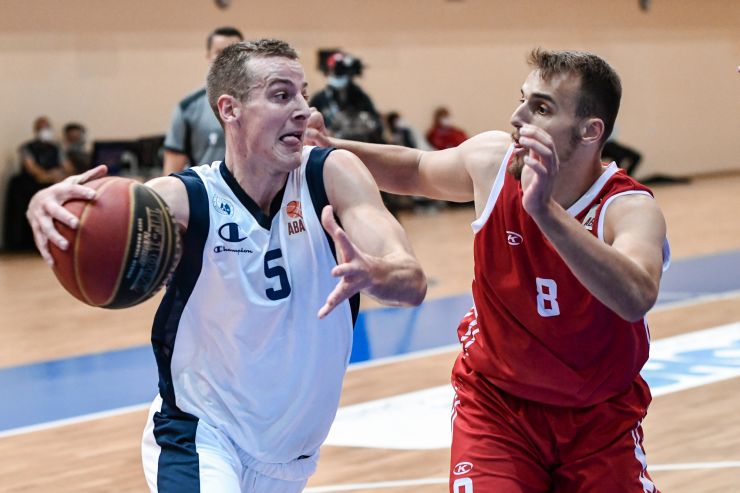 In the opening game of the ABA League Round 4, Mladost of Zemun have outgunned Rabotnički at the Zlatibor Regular Season Tournament.

Since Mladost arrived to the game with only 8 players on their roster and given the last two convincing performances by Rabotnički at the tournament, not many have expected such an outcome and an easy win by Mladost, but it happened anyway.

Rabotnički have started the game well and were up by 7 points (7:14) in the fourth minute already. However, Mladost bounced back and with a 10:0 run they got in front. However, the crucial Mladost run followed between the finish of the first and the first half of the second quarter, when they went on a 14:0 run, converting the 19:19 score into a 33:19 lead. After that, Rabotnički did not manage to bounce back again and make it anybody’s game.

The two sides are now tied in the middle of the standings with 2 wins and just as many defeats on their records.

Click here for more match stats
Match: Mladost MaxBet - Rabotnički Skopje
Join thousands of ABA League fans in our digital community by liking us on Facebook, following us on Twitter or Instagram and subscribing to our YouTube channel.
If you like this and our other articles, make sure to sign up for the ABA League newsletter. You will be notified regarding all important news and updates on the ABA League via e-mail.
Social Media
Tweets by ABA_League2